February 2009. I was invited by Louis Vuitton to attend a “one-on-one” VVIP event in a hotel suite at the Peninsula Manila for the unveiling of their “bespoke” by-invitation-only bag called the Sac Louis. 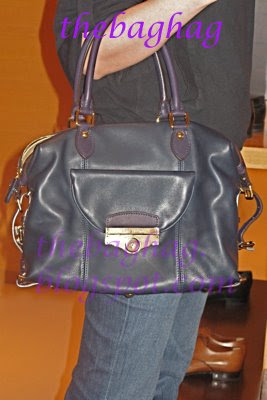 I won’t deny it. When I first laid eyes on the bag, I fell in love with its design. It had unusual leather zippered  “handle wraps” to protect the actual handles (I know this was a bit indulgent because why bother making bag handles if you don’t want to get them dirty haha). The leather was buttery soft, and it was in the most perfect shade of navy. The bag did not “scream” Louis Vuitton– there were no logos plastered on the leather body of the bag, and the only identifying mark was the small brand engraving on the gold hardware.

What also made this bag special was the interior patch customized to my name. 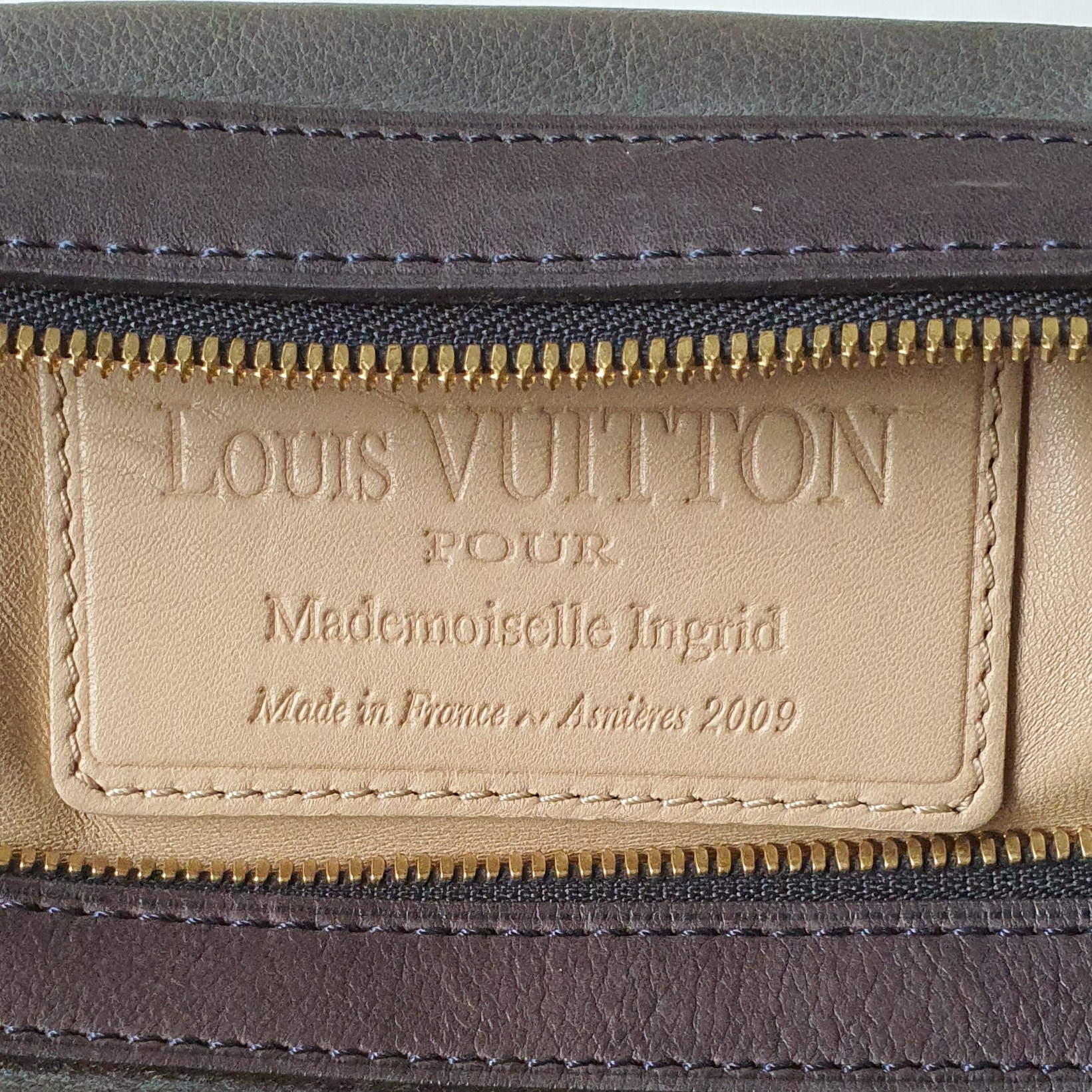 I know, the Sac Louis was not customized especially for me (it was just the leather patch), but I was still sold on it and had ordered one.

I forked over approximately 6,000€ for the Sac Louis, and was told at the time that there were not many customers who were offered this bag around the world. You know, when you are young and naive, you get suckered into believing the marketing narrative haha. But again, I let me reiterate that apart from the exclusivity, I really did love the bag design or I wouldn’t have succumbed.

I stored the bag carefully, like most of my other bags. My bags are stuffed to retain their shape, and most of the time I leave them in the open, without dust bags and away from the sunlight or from humidity. I admit I hadn’t carried the bag for awhile because it was quite heavy, but every so often I would still use her, just to make sure I get my money’s worth — I’m sure you know what I mean by that 😉

Around the 8th year, I began noticing that some parts of the bag were beginning to discolor.

I even thought perhaps it was due to the friction of the bag rubbing against my clothes that led to the discoloration. So I used it less and less. Until I realized it was developing “spots” on some parts of the bag.

Funnily, my other bags that were stored alongside the Sac Louis, did not develop mold spots. Nor did they discolor. Case in point, my very old Tod’s D bags. They were still in the exact same color condition from the time of purchase. The leathers may have softened due to use, but the colors stayed the same.

Today, I decided to write about this bag because I am planning to take it back to the Louis Vuitton boutique to see what they can do about it — I am hoping they can restore this bag back to its original glory. I am honestly baffled by its deterioration and even more puzzled that the exterior leather had developed spots like molds, while the interior leather lining remained pristine. I also know that this was not a storage issue because the interior leather lining never developed the musty odor associated with poor storage/ humid conditions that would lead to mold development. I am inclined to believe that the leather used was good, but the problem lay in the way it was tanned. The consolation here though is, the bag’s gold hardware stayed the same. No tarnish. Haha. Still something positive, I guess! 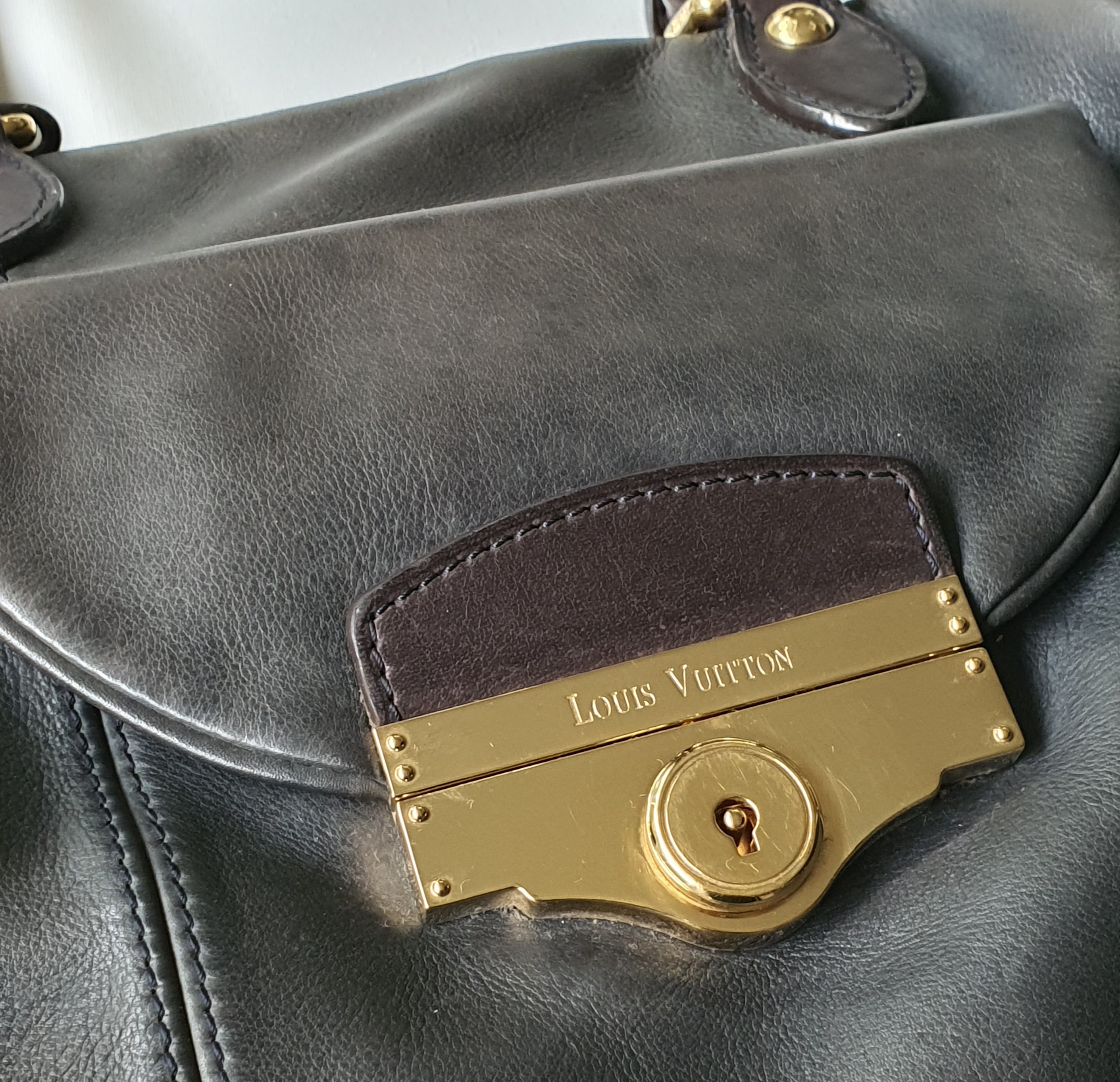 I believe they used a proper gilding method, which would have included an alloy that contained 24k gold in it. The gold hardwares on the bag still looked good.

Honestly, I was left very disappointed with the quality of this Louis Vuitton bag. I was a regular client of the brand until Nicolas Ghesquiere took over the creative helm — I was not too keen on the designs and I also noticed the quality of the bags had begun to change. I felt that Louis Vuitton executives began focusing their efforts on increasing their margins to better their bottom lines while lowering material and production costs. And this bag may have been a casualty of that business decision. I won’t be surprised if indeed it is so, since many large corporations are too profit- driven these days.

I wanted to share this experience because I am frustrated that something so expensive could turn out this way. It reminded me of a story I had written on fashion investments not too long ago. I thought I was making a major fashion “investment” by purchasing this Sac Louis back in 2009. Because when you spend a large amount of money on a designer bag, the bag comes with high expectations — that the quality is impeccable and that it will last generations; pretty much like when you purchase a fine wristwatch, with the expectation that you can pass it on to your children someday.

I look at the condition of this Sac Louis and already know that should something happen to me and someone from my “next generation” ends up with it, she’d just toss this out in the waste bin because of its sad, sorry state.

I expected so much more from Louis Vuitton especially because I spent hard- earned money on this bag.

I am hoping the brand can redeem themselves when they are able to restore this bag to its original state so until then, watch this space.