Two nights ago, my family and I decided to drive over to Oakland for some authentic Chinese food. We have been coming to Oakland Chinatown for nearly 30 years just to eat at one of our old haunts, without any remarkable incident. The restaurant is located along the 8th street in a normally busy area during the day, and is open daily until 3am. During my siblings’ and my college days, we would pop by around 1am for a bowl of piping hot roast duck wonton noodle soup. And we never thought once about our safety. So this incident now took us completely by surprise. 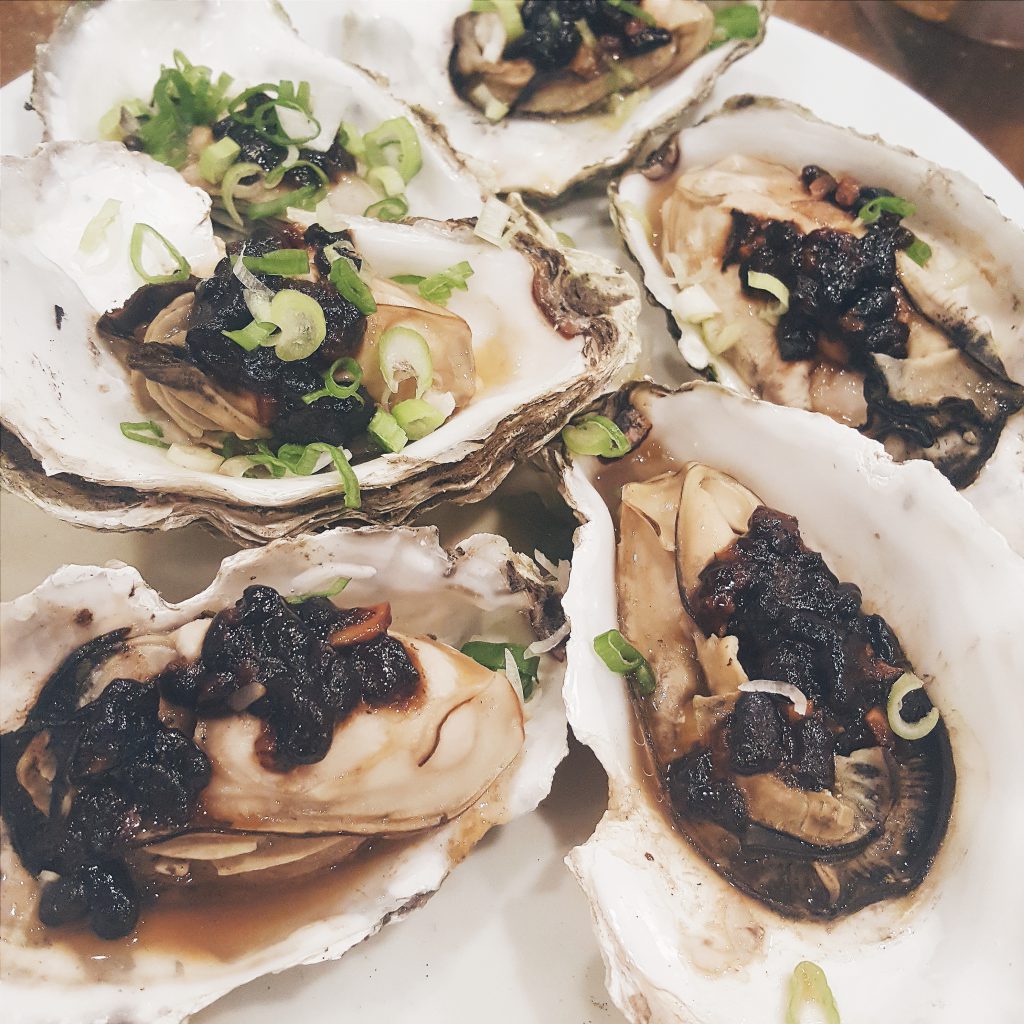 (which has since been renamed New Gold Medal), we walked back to our car. It was 10:30pm, and the area that we parked our car was in front of a bank (2 stores away from the eatery) and was not well- lit (broken street lamps). We got to the car and my sister-in-law thought it had rained because she thought saw water splatter on one of the car’s glass windows. As it turned out, the  glass had been broken. Someone had attempted to break into our car from the back. We all freaked out initially, thinking perhaps some of our things had been stolen, or maybe even the radio. But upon inspection, nothing had been stolen. We just had a damaged car. The whole glass of the van’s compartment door had been shattered perhaps by a hammer.

Another diner from the same restaurant went to his car, parked across from us, just experienced the exact same thing. Two more diners came out of the restaurant and saw what had happened to our car and said “oh that happened to us too more than once and whoever did it ran off with our suitcases.” I had called 9-1-1 at the time to ask if a police unit could come over. The 9-1-1 operator asked me to get in touch with Oakland Police. So I called Oakland Police, and the dispatcher informed me that all their units are very, very busy at the moment and that my best bet was just to report the break- in and auto damage online. The diner who told us about his break-in before said, “Good luck with the Oakland Police because they can’t do nothing about it.” I was not too worried though because days ago, my sister-in-law was lamenting how renting a van was expensive because of the comprehensive insurance we had also purchased (insurance is mandatory for all automotives). So our van is supposed to be covered for situations like this (we have yet to find out lol– will wait for the credit card bill).

Anyway, the filing of the online report was fairly painless so we got a temporary police report # after 10 minutes– for insurance purposes. And then just as we were about to take off because we were driving back to the rental car desk to have the car exchanged (Alamo is very efficient with this– kudos to their customer service reps), a police vehicle drove by. We flagged the car down and they put blinkers on to find out what happened. So I relayed the incident to the officers and was told to do the same thing because they had to attend to another burglary. Gulp. Imagine for nearly 30 years of coming to Oakland during wee hours of the night, we never even gave our safety a second thought.

We were just all glad nothing untoward happened to each of us, no one was hurt, and that nothing was stolen. The temporary police report is still pending approval (for it to become an official report). Alamo has since replaced our car (that very same night) and we just have to wait and see if they will charge us for anything else (because we bought the comprehensive damage insurance policy that the rental company offered). Oakland has a big law and order problem if incidents such as ours has become a regular occurence, and this problem must be addressed. I have tweeted the Oakland Mayor Libby Schaaf about this although I’m also sure this is not the 1st time she has heard about an incident like this. And no, she did not respond to my tweet.

I’ve been traumatised by what had happened and am put off by the city. I don’t think I will ever go back to Oakland at night, even with my Chinese food craving until something is done to address these safety concerns. But again, thankfully we were all ok.

Anyway that’s all the drama I have to share, and hopefully that’s the last of it too. Makes you really think hard about safety and how the world has changed so much over the years. I want to remain hopeful but I do know that the task of lawmakers are becoming more and more difficult each year 🙁

Til the next post– and I’ll make sure it’ll be a happier one 🙂 Follow me on Snapchat for my adventures in San Francisco! *THE_BAGHAG*