During August, Paris is not abuzz with overworked and stressed- out citizens. I honestly think this is the best time to visit the city as a tourist. To the whole of France (and I reckon many other countries in Europe), August is vacation month and many (not all) businesses “shut down” during that entire month! The luxury of a full month’s worth of a  holiday remains a foreign concept to us Asians haha– seriously though, rain or shine and even on more “sacred” holidays, many businesses in Asia remain open!

I would honestly like to adopt this month- long holiday concept because this is a chance for people to really recharge and rejuvenate. And not just exist or survive, but LIVE! Oh and welllll, it’s a pretty darned good excuse to travel, no?

Over the weekend while here in France, I had the pleasure of traveling out of the city by car to visit Château de Vaux- le- Vicomte in Maincy. Years ago, I came to this 17th century chateau during wintertime with friends on a whim (yep, on impulse– “oh let’s go to Vaux- le- Vicomte” “Okay when?” “Now!” “Cool! Let’s!”) — without checking whether the chateau was open or not. When we arrived, the chateau was closed, natch LOL. We could only look through the iron gates of the estate like the peasants that we were hahaha.

This time around was obviously a more properly planned one, though also last minute (what else is new haha).  The drive took an hour (less with no traffic and if you speed haha), and after a drive through beautiful trees with branches and leaves that almost enveloped the long but narrow road, this was the sight that welcomed us.

Vaux-le-Vicomte was constructed between 1658 to 1661 for Nicolas Fouquet, the then- finance minister of King Louis XIV. This large- scale project was helmed together by architect Louis Le Vau, landscape architect André le Nôtre, and painter- decorator Charles Le Brun. 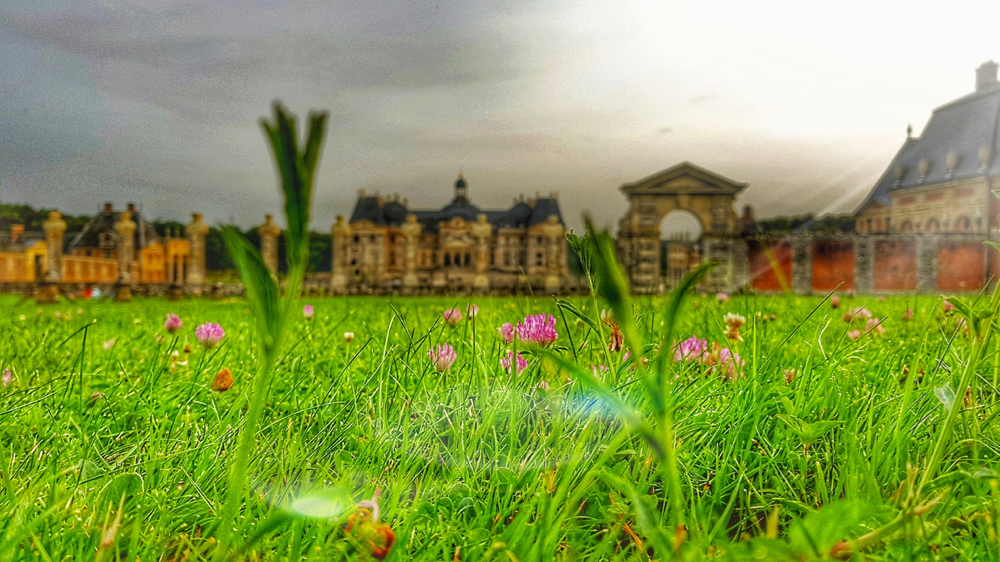 During the summer season, the château and the grounds remain open until midnight. The whole estate gets lit up with candlelights at night– and again, this only happens during summer. There is a beautiful restaurant within the estate overlooking the château, but you will need to book a table months in advance for it. We attempted to get a table when we got there, but the hostess turned us down with much regret and informed us that they’re already booked up until next summer!!! Bah, just our luck haha!

There is another more casual eatery next to the stables by the entrance, but that too was full of people. The sun was about to set, and the candles were being lit one by one within the nearly 500- hectare estate (ok I know do not want this job LOL) and it was a good time to explore the grounds and the jardin à la française by André Le Nôtre, who was then the principal gardener of Louis XIV. Le Nôtre was also responsible for the creation of the gardens at Versailles post- Vaux-le-Vicomte as well as other noteworthy gardens (Fontainebleau, Chantilly) in France.

The temperature dropped significantly from the afternoon’s high 20s, so it would be wise to bring a light jacket to wear for the night. And oh, wear comfortable shoes (leave your heels at home, ladies). The gardens with the chateau in the backdrop makes for beautiful pictures. Haha I suddenly wanted a little OOTD (Outfit Of The Day) photo. Kiddddding!!!  No one was doing this, so it was not exactly a good idea to do it LOL. 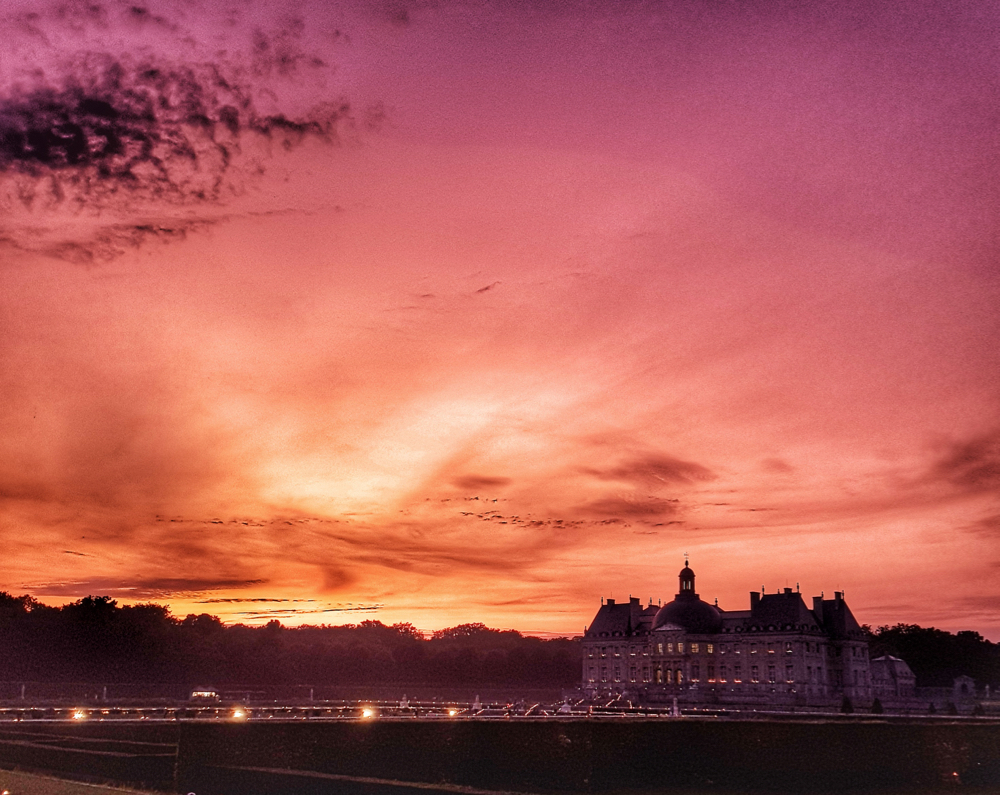 There is a pocket champagne bar on the side of the garden and we happily “settled” on this over that meal by the stables LOL. It was an easy choice, obviously! Classical music played on loudspeakers as the sun set. 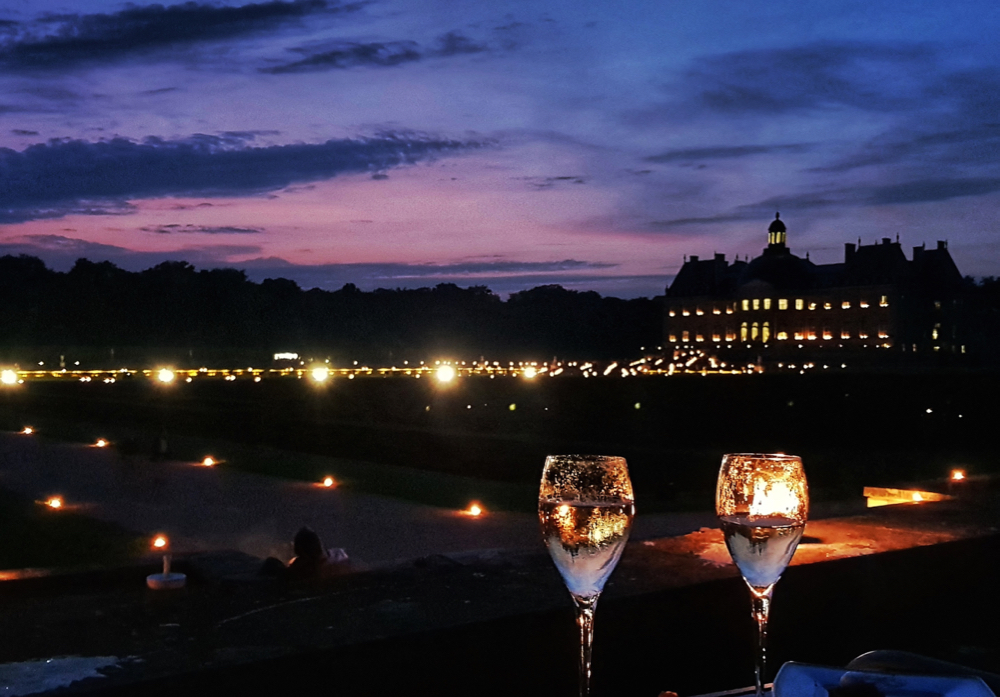 Depending on the weather (because it is known to rain at times during summer), an impressive fireworks display held in the gardens is also part of the visit. We were very lucky because the weather was cooperative. 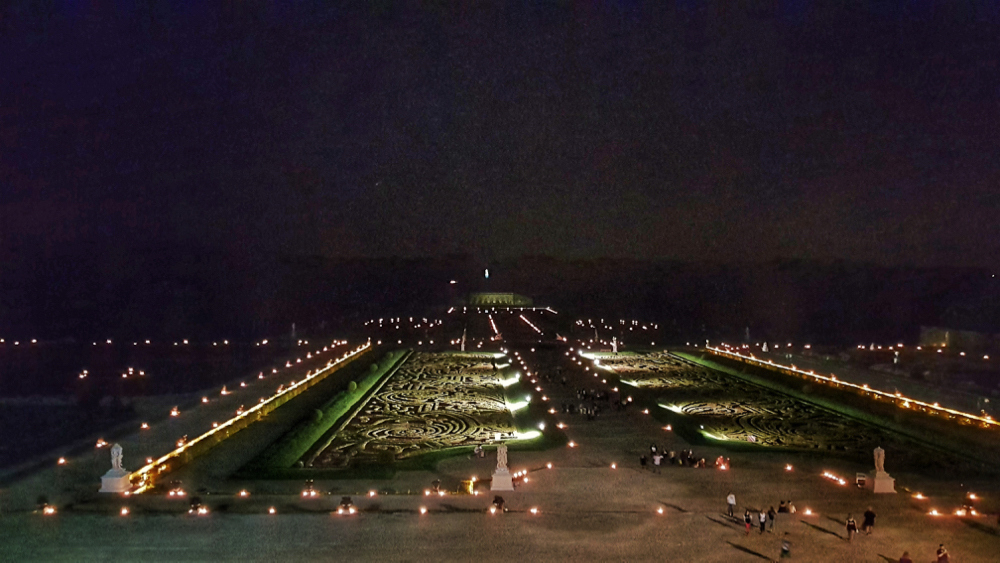 After the display, we went inside to see the chateau as it was bathed in soft light. It was a pretty magical night that transported us back to the mid 16th century to the time of Vaux-le-Vicomte’s creator, Nicolas Fouquet. I can only imagine how impressive the place would’ve been when there were parties during that period. Fouquet though, sadly fell out of favor with the King of France and was met with a tragic end by being imprisoned immediately after having hosted a very impressive fête at the chateau back in August 17, 1661 which the King deemed “too luxurious”. 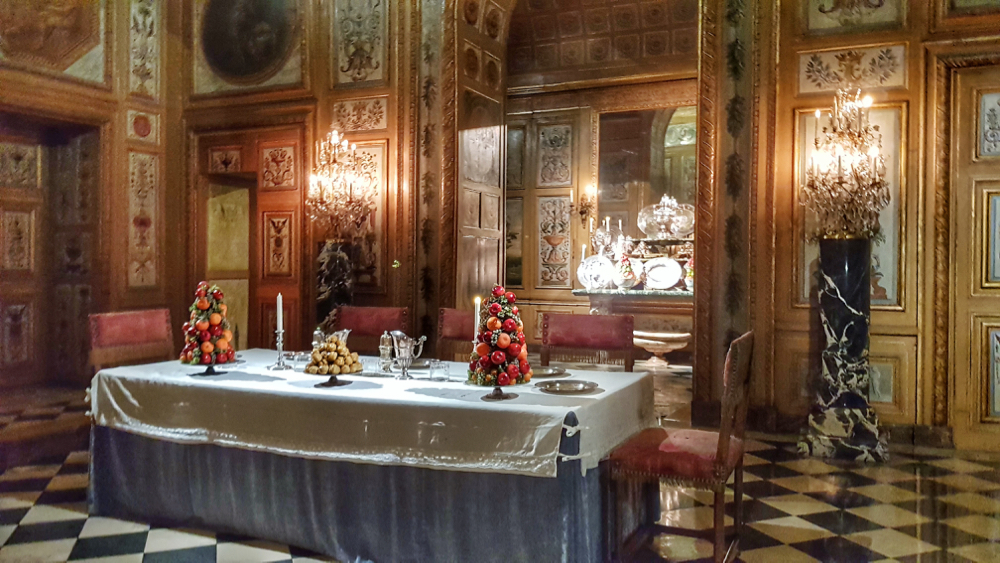 The château was sequestered thereafter.

Anyway, history lesson aside, I think Vaux-le-Vicomte is very special and there is really no better time to visit the estate than on a beautiful summer night. I have been enchanted by the unique experience! I actually felt sad to leave. I thought I was home LOL (yeah dream on)! 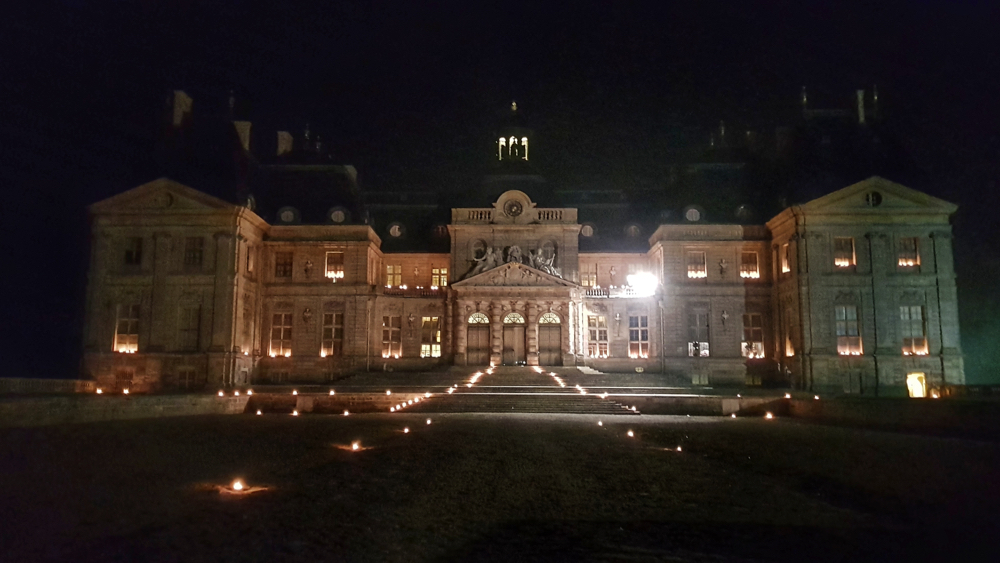 For more information about the château, visit vaux-le-vicomte.com