Yay, it’s great to see the Ralph Lauren Ricky bag on a celebrity– it has been awhile since I saw the Ricky on someone 🙂 And a bright colored one too!

Jessica Chastain’s pink Ralph Lauren Ricky stood loud and proud against her all- white coat that highlighted an all-black ensemble (and she wore Prada sunnies). 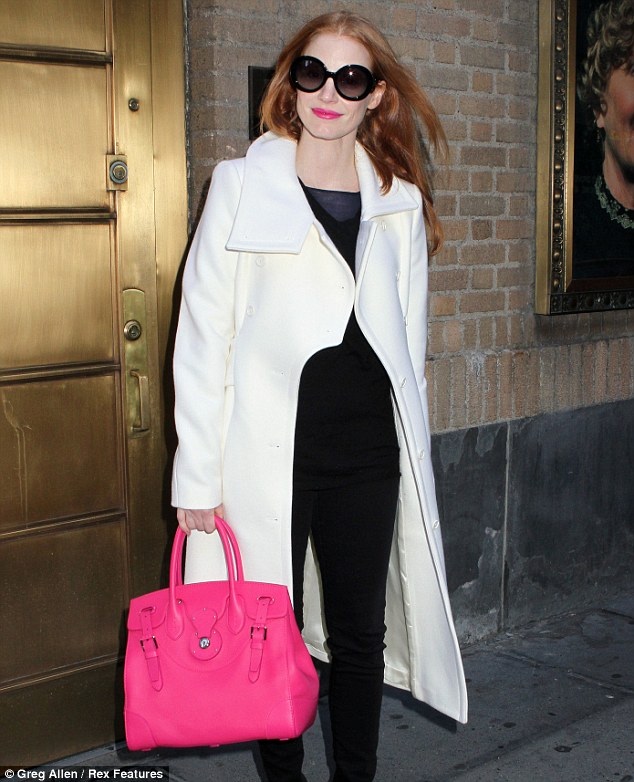 The Ricky bag is not really cheap but this bag is a very good investment as it’s the house’s signature piece. I’ve always eyed the Ricky crocodile bag rather hungrily– it is incredibly well made. I honestly did not think that the Ricky bag would come in pink too as I’ve only seen it in neutral and conservative colors. The Ricky bag just got a lot younger all of a sudden 🙂

In the past, this bag has gotten compared to the Hermes birkin. The Ralph Lauren Ricky is actually like the American version of the Hermes birkin (even if the Ricky may be a lot younger than her unrelated French counterpart).