I have just finished reading the story from WWD that Louis Vuitton’s bag design director Nicholas Knightly since 2004, has joined Moynat as creative director. Ramesh Nair has left the brand he has helmed for 10 years to pursue personal projects. 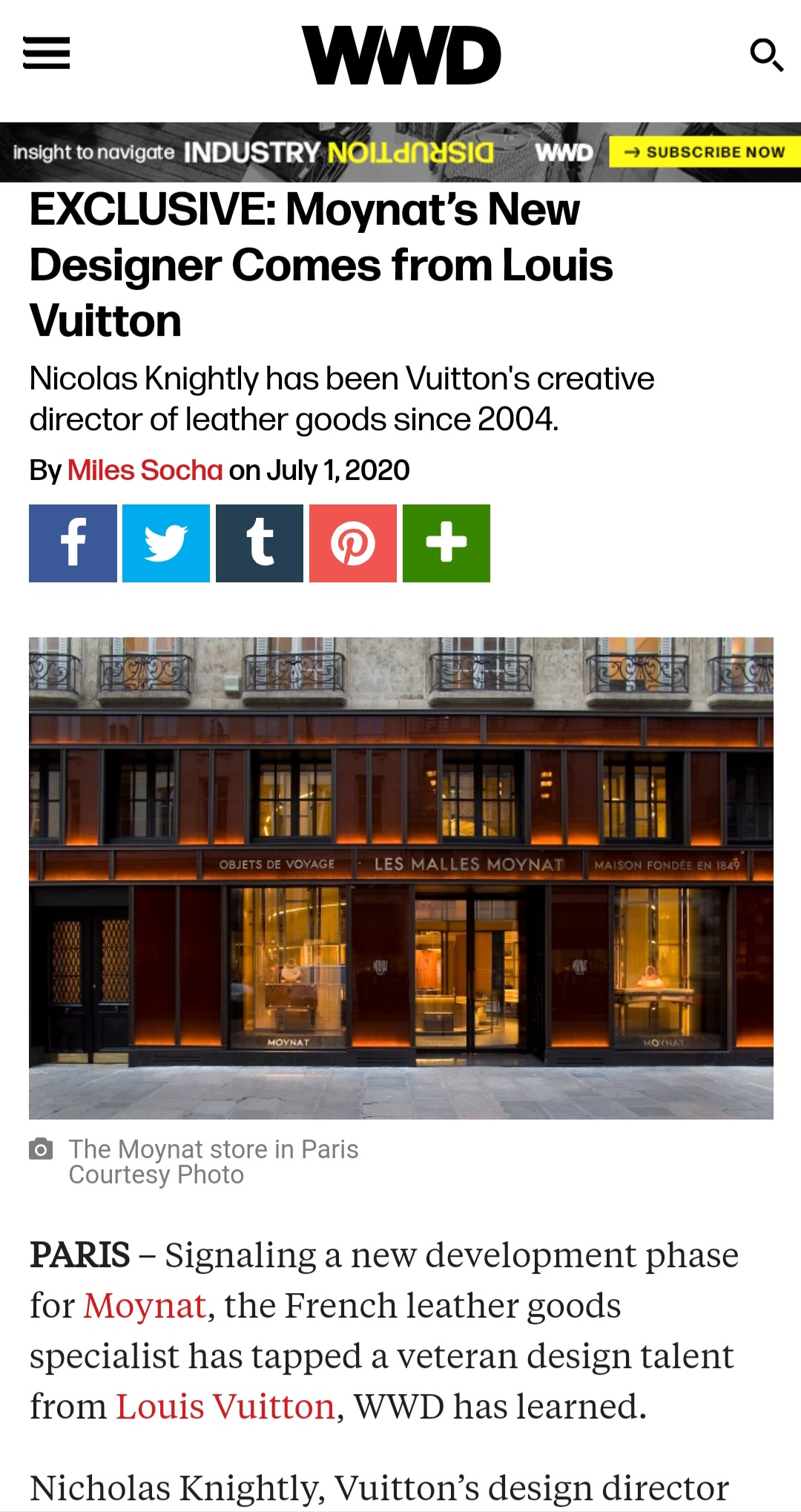 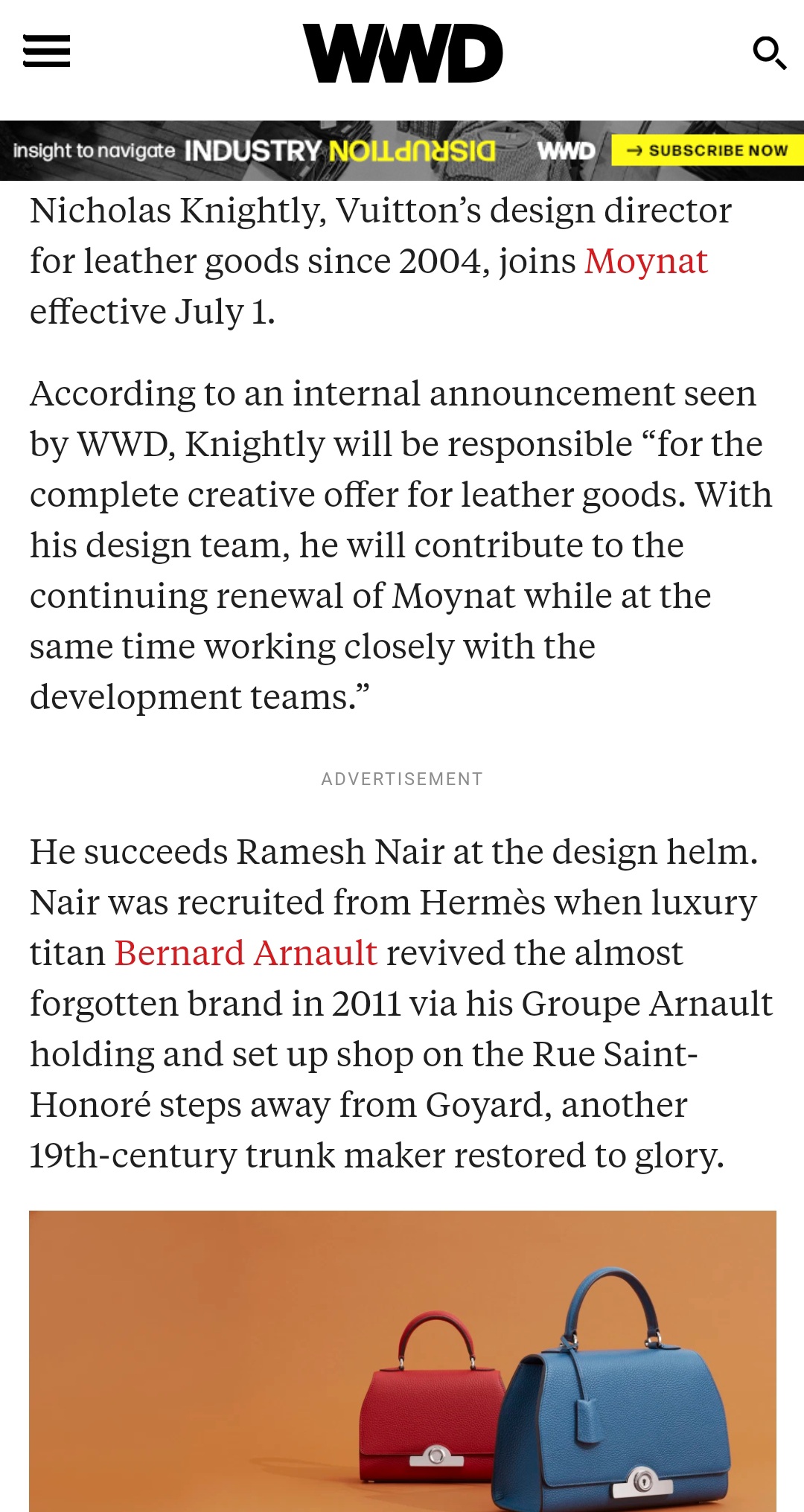 I admit, while the prospect of a new designer for a well- known leather goods company always excites me as a writer, I have a lot of reservations about this for Moynat as a customer. To many of you who may not know, Moynat is a brand that was “revived” and bought by Bernard Arnault of Louis Vuitton (LVMH) a decade ago. Initially I was taken aback when I found out about this because Moynat bags were truly luxurious and not at all mass- produced unlike those of Louis Vuitton pieces. At one point, I even made a side- by- side comparison and thorough inspection of the Moynat Rejane with an Hermes Kelly. Sure, they’re incomparable from a style perspective because each brand brought something completely different, but I inspected the way each bag was made– from the stitching to the gumming, to the leather quality and its overall workmanship. I say this without reservation as my conclusion– Moynat’s pieces trumped Hermes’.  Hermes bags are perhaps the best made among all other well- known designer brands, until Moynat came along. It sat on top of Hermes (sorry H fans).

I’ve always felt that Moynat bags were under- appreciated, but that it was discreet was also what made me appreciate the brand so much. Luxury does not have to be recognizable on the street. Luxury is meant for YOU, the wearer, the recipient of whatever material form it takes, to appreciate. You don’t buy a bag for others. You buy it for yourself. Throughout the years of having had the pleasure of attending press previews of different bag brands, I have never seen workmanship and quality the way I have at Moynat, under the creative helm of Ramesh Nair. Discussions with him about the intricate details of the bags he created for each season always left me with my mouth agape and my mind blown.  For one, I’ve never seen stone, stitched and made into a bag! That happened at Moynat under Nair.  I can continue to wax poetic about the Moynat bags designed by Ramesh Nair from years ago until last season’s press preview. But I’ll hit the pause button for now and just share these photos from what was to be Nair’s last collection for the brand. 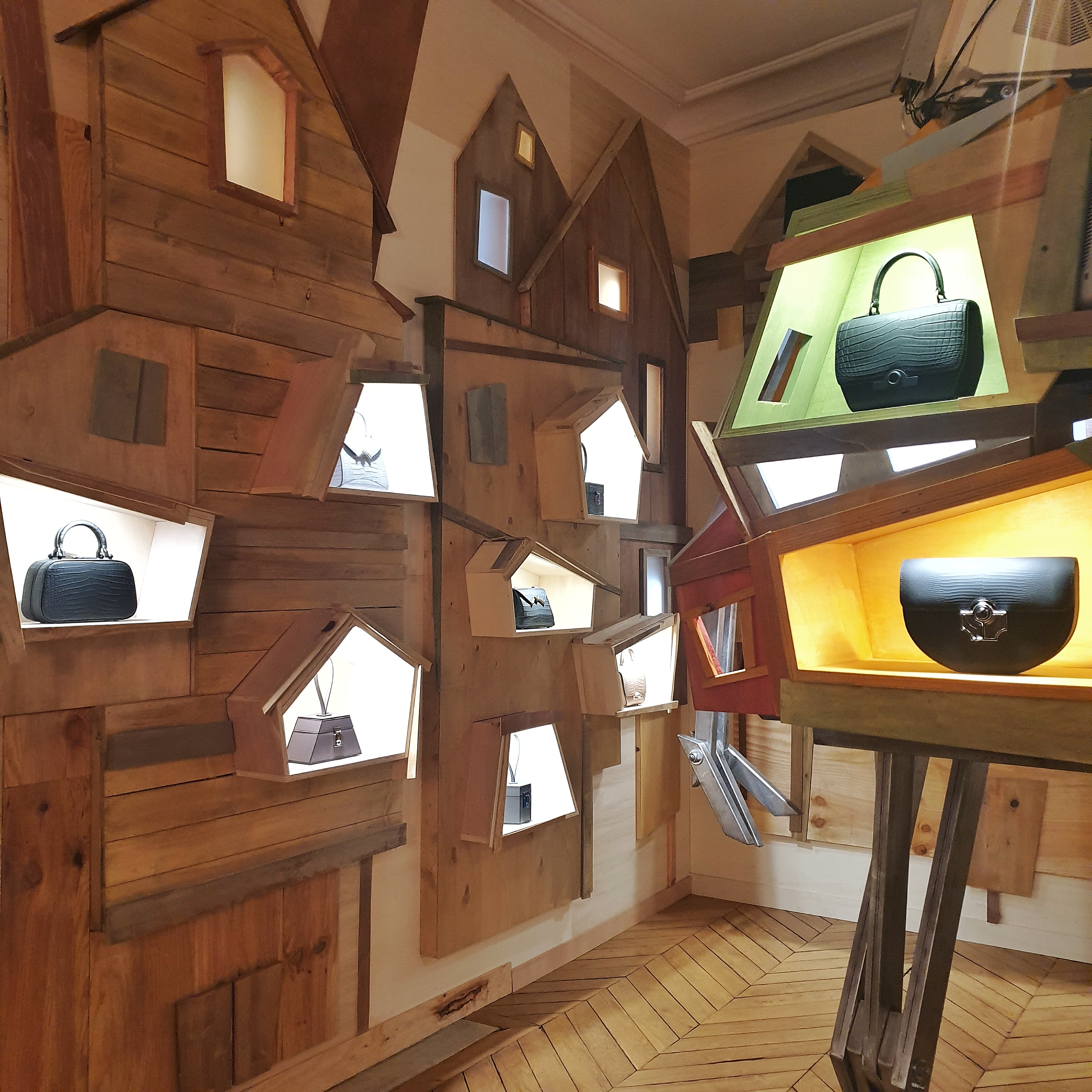 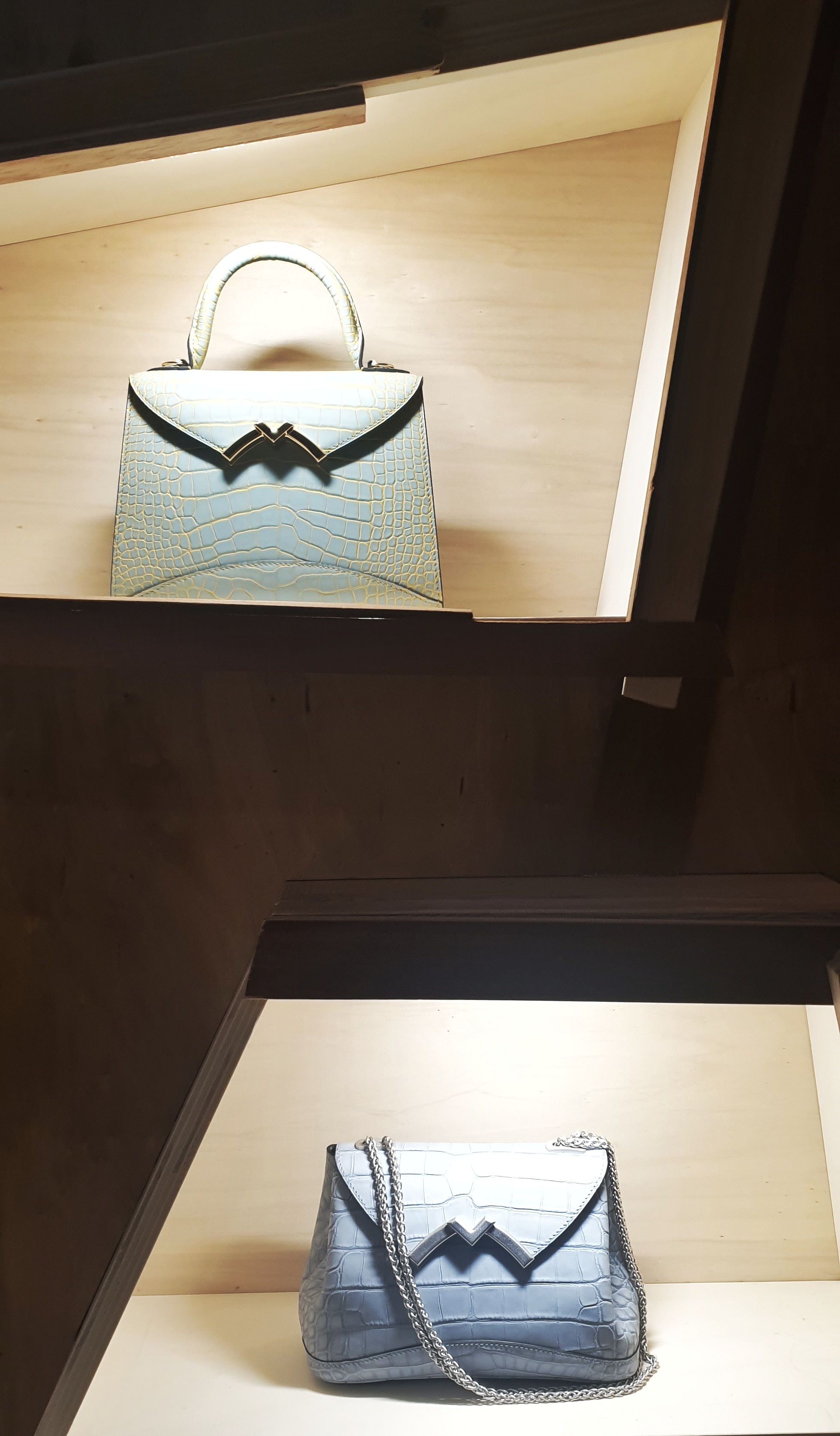 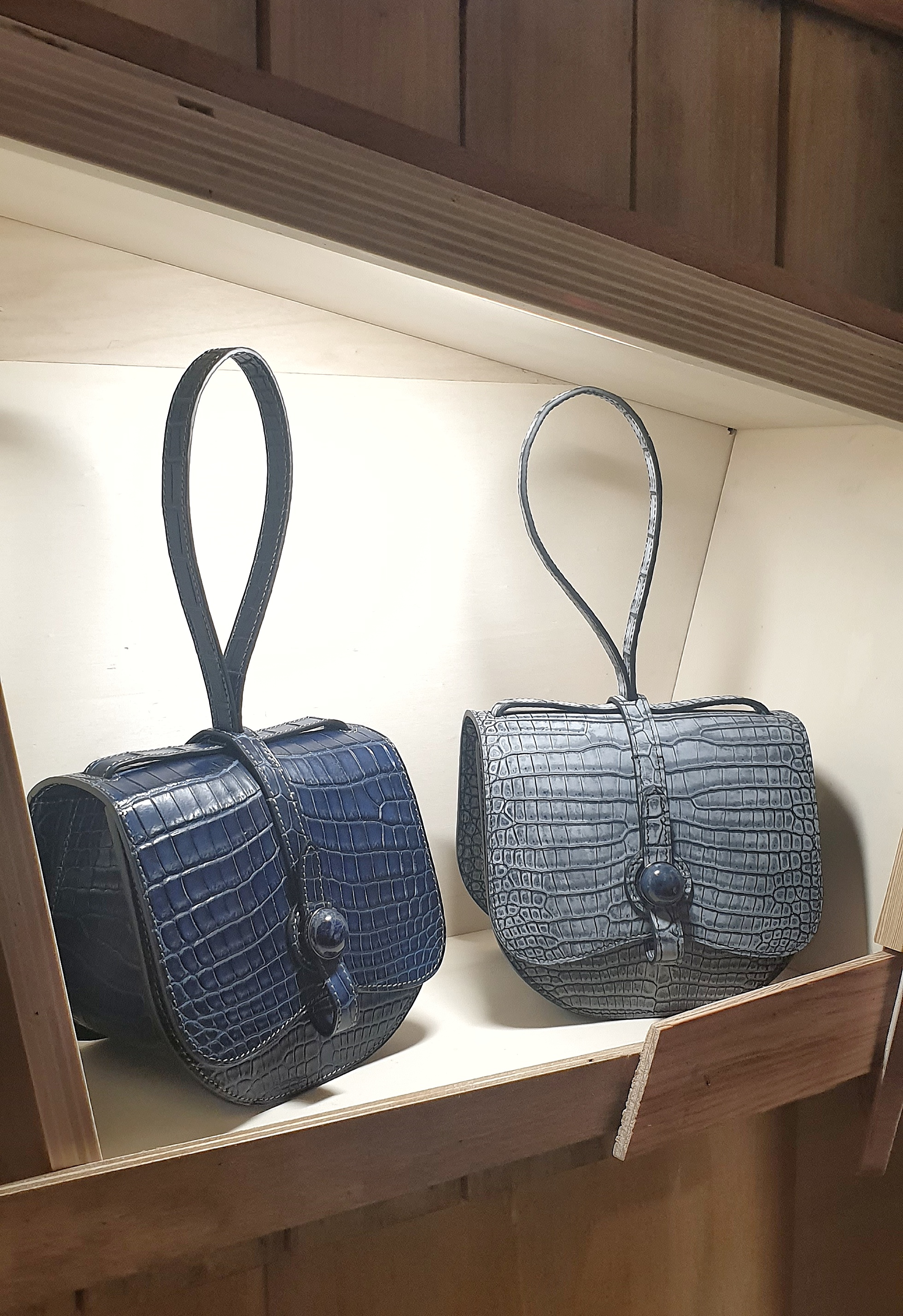 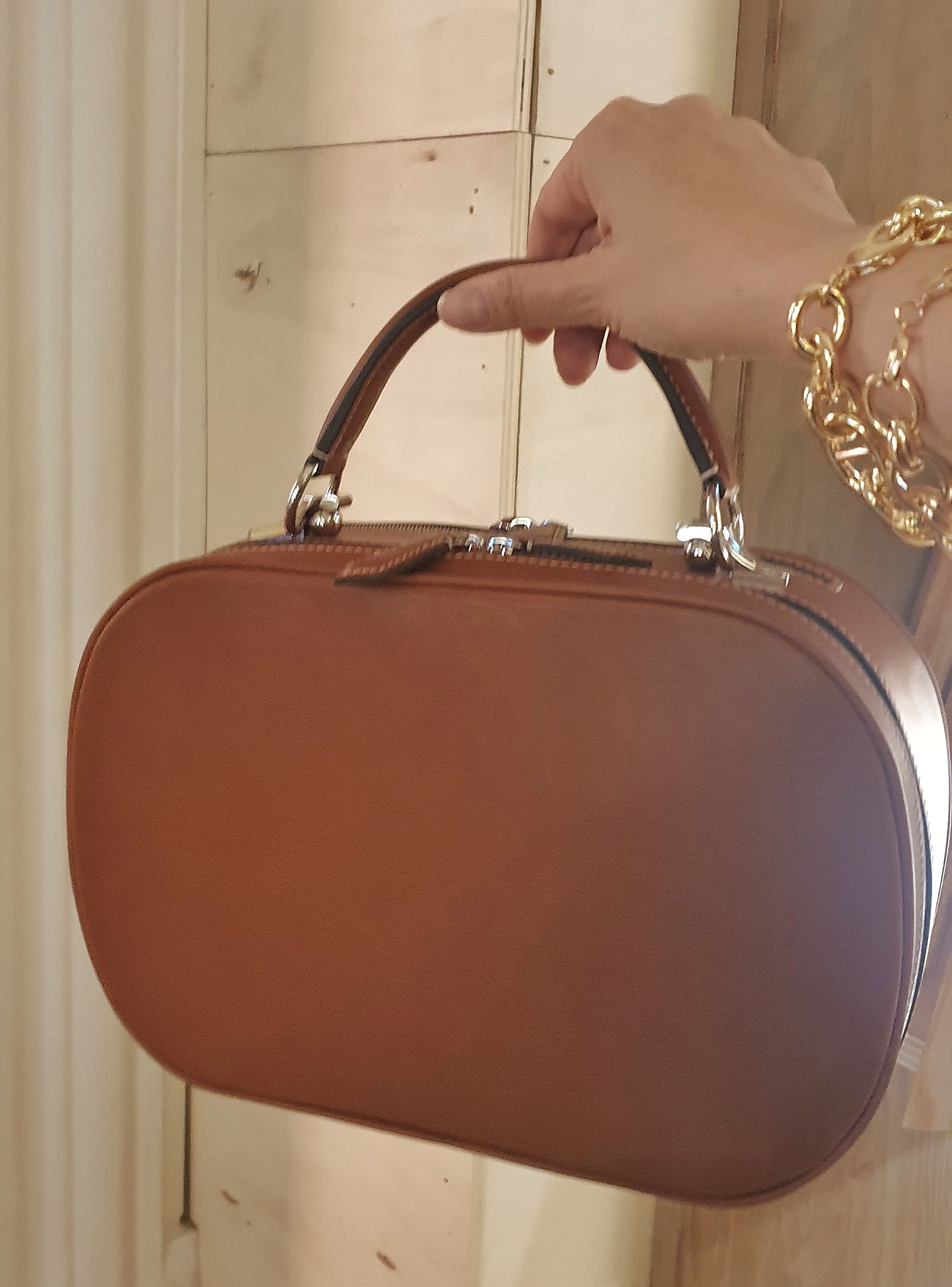 My hopes for brand under the new creative and executive stewardship are these:

I equally love Hermes and Moynat and I’ve placed them both side by side in the luxury goods category (Moynat a level higher, I admit) so I really hope the quality of the bags remain the same. If Moynat becomes a Louis Vuitton or a Goyard, what will the brand’s differentiator be? The cookie cutter “democratized luxury” approach might have worked for other brands within the LVMH group, but I really hope the executives of Moynat and LVMH don’t kill the formula that had catapulted the brand into the pinnacle of leather goods luxury. Democratization of luxury does not work for all brands. Especially not for one that has distinguished itself in the last 10 years to be a cut above the rest. To change it would be the death of the “luxurious” Moynat brand as many of us know it. I hope the executives at Moynat and LVMH understand the importance of preserving this brand and resisting the urge to make it into another “fast food luxury” bag brand. Anyway, here’s hoping my concerns for the brand are just silly musings on a Wednesday night 🙂 Let’s hope the Moynat and LVMH executives don’t fall prey to greed– they already have Louis Vuitton and Dior for that. But if they do adapt the LV business model (presumably to compete with Goyard because Goyard is also a very strong player in the market), I’m no longer supporting the brand. It will be really heartbreaking to see Moynat take that route. Ramesh Nair, you will be sorely missed at Moynat 🙁 Moving forward, I remain interested to see what Nicholas will do for the brand. Interesting times ahead. x TheBagHag