In between Milan Fashion Week and Paris Fashion Week, I made a detour to the city of London for my cover shoot of Lifestyle Asia  (LA) Magazine’s April cover. I won’t lie– call me narcissistic but I really was so thrilled and beyond ecstatic at the thought of being a cover girl for a 2nd time in 6 months, and a cover girl again a 2nd time for Lifestyle Asia (the first cover I had with them was all the way back in 2012 for their September issue).

A lot of things have changed in my life 4 years on (haha besides more poundage + new Spuddie the nose). I have moments of self- reflection in those 4 years and I think to myself how different I had become from when I began blogging. I had to look back on all those years and more *from the time I got married* to answer the questions that Lifestyle Asia Editor-in-Chief Anna Sobrepeña sent me. Anna had sent me a number of guide questions, and I answered them when I found the time, and when I felt I could tell my story in writing. Anna wanted to also sit with me for a meal, for her to know more about me, to add to the answers from her guide questions sent via email. I was answering her questions during the time I was also finalizing Season 3’s  last 3 episodes of my show, The Bag Hag Diaries on Star World. There was so much for me to tell, but I also was wary about telling my story, the one that not many knew, but one that many definitely speculated about. I think over the years, I had somehow succeeded in keeping my private life away from social media– I was filtering a lot of what goes out there. And I also do know the whispers and the stories that were spun, based solely on what I put out on social media. To date, I still find it rather funny that many people are ridiculous enough to create  dramatic stories about other people, based solely on the photos they see posted on Facebook and Instagram. I often thought to myself, “Have we become such a shallow society to base reality on social media?” Sadly though, I think the answer is yes. Only a handful of people are able to properly decipher what is real and what is not– and these handful are usually the people very close to you and know you in a more in-depth way. In other words, not acquaintance level. Anyway, after a few days of going back and forth on Anna’s questions, I finally submitted my answers– and haha I think Anna was surprised as well, because I submitted all 14 pages worth of answers. I love Anna Sobrepeña. She is one of the few editors I know who can put her subjects at ease. And I felt that I could entrust her with my story, a story I had never told publicly.

So in the afternoon of March 2, I took the Eurostar from Paris Gare Du Nord to London St. Pancras, with one small rolling suitcase. 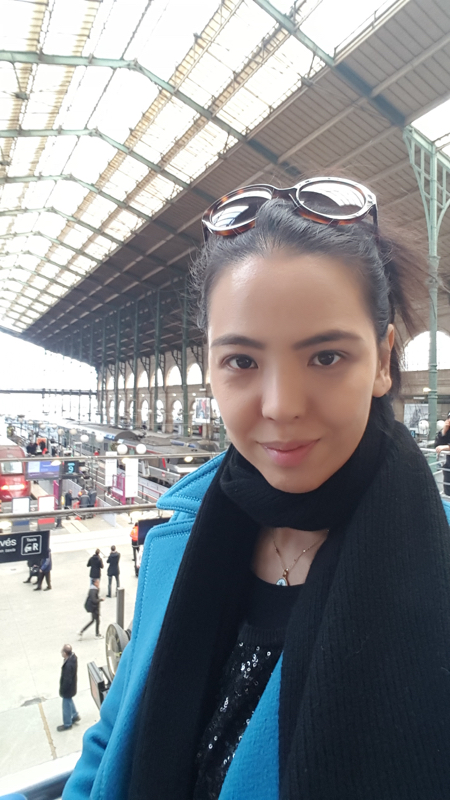 Decided to take the tube from St. Pancras station to the modern Andaz Hotel on Liverpool Street (tube stop: Liverpool Street). It was so easy and so convenient as compared to taking a taxi, which would probably subject me to over 30 minutes of traffic. Andaz Hotel is just a 3 minute walk from the Liverpool Street Station, so it was really a breeze. Anna greeted me at the lobby of the hotel, and from there, she led me to the beautifully decorated room with that special wall art.

Dinner was at the hotel’s Japanese restaurant, Miyako, and it was there that Anna and I began talking. Not even halfway through our dinner, tears were already streaming down my face, and I somehow found it so difficult to stave off my sobs as I shared very private moments in my life. Haha you’ll have to buy a copy of the magazine on your favorite newsstands or subscribe to Magzter (they have a trial period, so download the app on your phone now :D) to find out more about my story. But the bottom line was this– I can honestly tell you that this blog, The Bag Hag Diaries, saved me. Traveling saved me.  These were my saviors from depression. Yes, depression. I dreaded admitting that. I was going through a lot of things in my life shortly after I began the blog. I had to go through years of difficulty in my personal life. I never thought I would be subjected to that kind of pain. I never thought there would be people responsible for my pain other than myself. But it happened. And no matter how hard I try to forget those memories, they will always be a part of me. That time, I questioned myself so much, questioned my worth. My being. But somewhere in all that “darkness,”  I always remembered this phrase “In times of adversity, there is always opportunity.”  In the end and with the support of my siblings, sister-in-law, my mother, as well as a handful of very close friends, I chose to stay positive and use my energy for something more productive. Deep within me was this strong refusal to be defeated. The way I was brought up by 2 strong and inspiring individuals (my parents), and my relationship with my siblings were also what kept me going. I drew strength from them. Apart from my children, I think of this blog, the way it turned out, and how it led to so many other things, as a personal achievement. Anyway, go buy a copy of the magazine so you can read a lot more about me– Ingrid. The person behind The Bag Hag 😉

Anyway, so the next day when I woke up, I was almost in despair because my eyes were so swollen from all the crying from the night before. Creative Director Suki Salvador, together with Bianca Salonga and Chino Hernandez of Lifestyle Asia came over to my room and I was sure that they were wondering how to pull off a good look for me, because I looked like Garfield, the fat feline with protruding eyes hahaha. 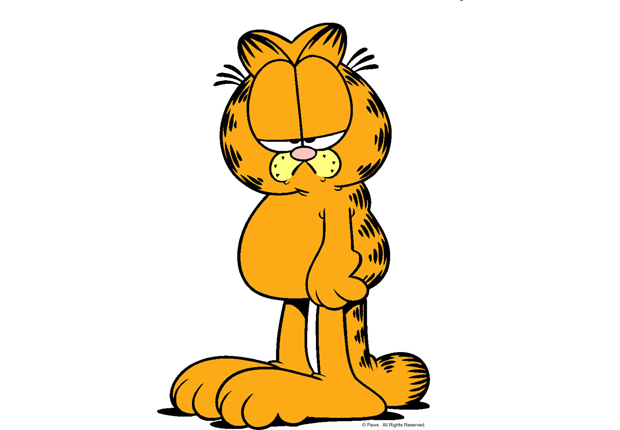 They were real nice to me though, reassuring me that “it isn’t that bad.” But oh, it was! LOL ! I was already thinking to myself, good luck with the photoshopping hahaha!!

I was super fortunate to have had the support of my favorite brands like Tod’s, Loewe, Fendi, Jay Ahr, as well as Tommy Hilfiger, as they had lent me clothes for my shoot. The Lifestyle Asia team also brought in beautiful dresses by Filipino designers: London- based Lesley Mobo, and Ryan Madamba. MAC Makeup artist Alice Swindells and Hair Stylist Andrea Cormack were brought in to give me a proper face and decent hair (otherwise I’d have looked like a mess of royal proportions). While I was being preened to look better than my bloated, swollen self, I was already secretly thinking that I should have: 1. slept earlier and put cucumber slices on my eyes to stop the swelling because maaaaan, the swelling was baaaad, and 2. eaten less pasta while in Milan, 3. walked instead of take Uber/ taxi while in Milan to have a more toned body. I was honestly so worried that I was not going to fit into anything the LA team had brought with them. I’d hate to disappoint them 🙁

At the shoot, I met the London- based Filipino designer Lesley Mobo. I have seen his work in the past, as he had presented his collection in Manila in one of the Red Cross Balls that I had been privileged to attend.

The pieces that he had brought in for the shoot were so intricately detailed and stunning. I was in awe– and I have to confess that I don’t really patronize many Filipino designers (because having dresses/ gowns made by them entailed numerous fittings, going back and forth to their ateliers– and this was just time I didn’t really have. If I didn’t have to work, then I’d probably be doing it, but this lady has to werq LOL).  Another gown that was brought in for me to wear at the shoot was by talented young designer Ryan Madamba, whom I had met personally, thanks to the kind introduction of Travel Now’s Editor-in-Chief, Marbee Shing Go.

London- based photographer Andy Barnham, whom Anna had previously worked with, was tasked to shoot an extremely difficult subject. Sorry Andy, I know you’re used to shooting models and beautiful faces, so I knew I was quite a struggle for you to work with– and for that I apologize, profusely hahaha. The LA team already scouted for locations the day before and everything went as scheduled (ok maybe we got delayed a bit because as I have said, I am not an easy subject to shoot hahaha– Andy struggled to find my “good” side. Oh gosh, now I wonder, did I even ever have a “good” side?! LOL).

My dear friend Lisa, the Social Media Director of Harrods, even came by to keep us all company during the shoot. In between those photos being taken, I was just so happy to be able to spend time with her again. I met Lisa a few years ago, and we had gone to shows together during fashion weeks in Milan and in Paris. We have stayed friends ever since and I try my hardest to pop over London after Paris Fashion Week just to see her. She is a brilliant woman who has grown the social media accounts of Harrods to over a million followers!

There was a lot of goofing around (which also caused delays– because well, you can’t really take a serious photo of me– haha ask my best friend Simon and he’ll attest to it as well), and a lot of laughter. The Lifestyle Asia cover shoot was over after a few fun hours, and we all had a great dinner by the Old Spitalfields.

So there you go, the memorable behind the scenes story of the shoot in London 🙂 At the end of it, I was just POOPED 😀

I cannot thank the Lifestyle Asia team and One Mega Group enough for this wonderful opportunity and honor. Thanks so much Anna Sobrepeña, Sari Yap, Cheryl Tiu, Suki Salvador, Bianca Salonga, Franco Laurel, Chino Hernandez, and the whole magazine for this. To this day, I am really humbled by the honor and privilege of gracing your cover, and can only hope that I did justice to it hahaha 🙂

To read more about my cover feature and to see more photos from that shoot, please buy a copy of LIFESTYLE ASIA, APRIL 2016 issue now 🙂 It’s already out in newsstands! *Haha sorry about the shameless plugs– how many times did I do it? :D*