Apologies for not having written sooner but I’ve had a rather harrowing experience of having carelessly left my wallet on a food court counter and thereafter having it stolen. I have lost everything on it– atm card, credit cards, driver’s license, cash, and my social security card. It happened at the Paragon Outlets Mall in Livermore. Funny thing was, this was my first time to go there too, in the hopes that I can write about it and share the shopping experience with you all.

During that day though, I was not feeling well at all (I was coming down with a cold and had sore throat) so I popped 2 Dayquil caps. I must admit I was not really very alert when I had carelessly left my wallet on the counter of Green Leaf’s inside the food court of Paragon Outlets. The cashier had been pleasant enough to ask me how my shopping had gone (I didn’t really have the appetite for it so I didn’t buy anything at all– I was feeling sick). The only things I had purchased in that mall were the 2 salad orders I had for takeout. And when the cashier handed over the salads boxes to me, I took them and walked to the far end of the food court where my family was waiting for me. When I had sat down with the family was when I realized that my bag was rather light. It was then that I checked my bag and could not find the wallet. So I ran back to Green Leaf’s. True enough, the cashier had mentioned he saw my wallet lying around by the counter (and yet he did not take it– to this day, I think he still should’ve taken it and shown it to the manager and the manager could’ve alerted security to have the wallet brought over to lost and found– and this did NOT happen). A South Asian lady had come up to the counter a short while ago (before I had come to claim the wallet) and had volunteered to turn the wallet over to the Guest Services of the mall. So I ran to the Guest Services desk.

No wallet. No one turned in a wallet. I felt like my whole world fell apart. I had everything in that wallet that day because we were already leaving San Francisco the next day and since I didn’t really have the intent to shop I figured it was alright to leave everything in (I normally separate my money and cards into 2 wallets). Big mistake.

I got careless and too secure (that the wallet and contents will be safe) and now I lost that wallet 🙁 I am still reeling from the loss and I had to contact all card companies and credit unions to make sure there is a fraud alert on my identity should there be an attempt to “steal” it. Sigh. Such a hassle. I had also filed a police report and an incident report with the mall. I ought to write about this more thoroughly for the Huffington Post (as part of my travel tips) once I get over this trauma *right now though, I am still hopeful that the person who got my wallet has a moral conscience to at least return my cards and my IDs. I don’t mind if she takes the cash but I really would like to see my wallet and my cards again :(*

Anyway, let’s move onto something happier because I get depressed thinking about what happened and delving into it further. I promise to write an update should some development come up 🙂

So it’s another day, and yesterday I flew from San Francisco to New York. I had a good 5 hours in New York… 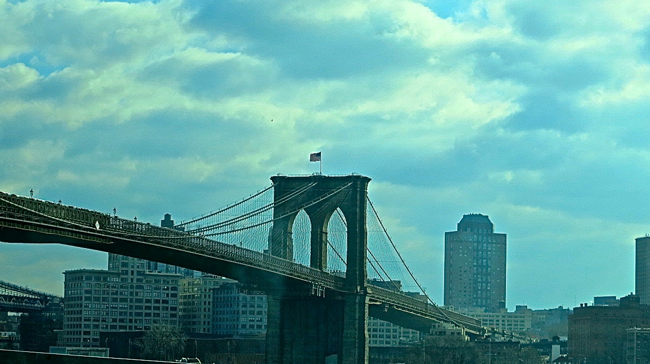 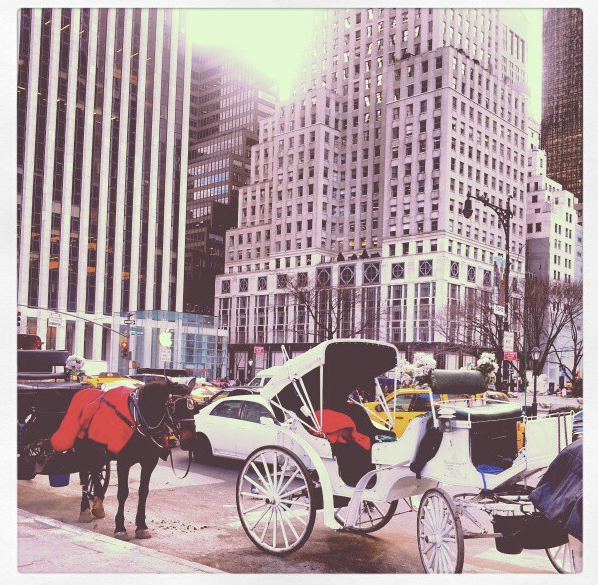 It was a very cold day in New York City. 0 Deg C to be exact! First stop, Bergdorf Goodman! 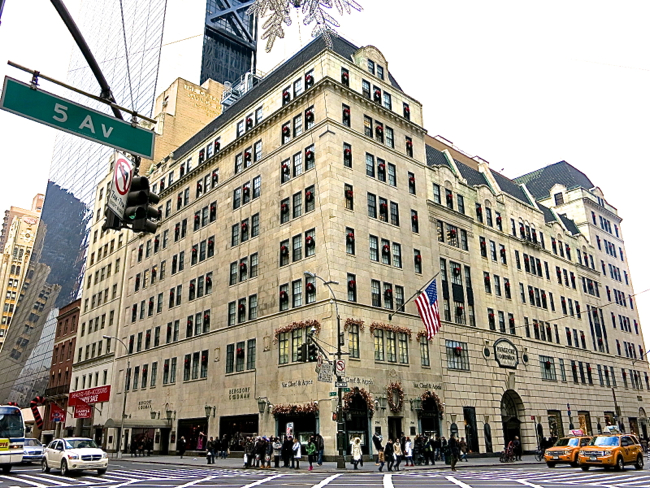 Had to do a look- see of the famous windows. Bergdorfs always puts on a very good show 😉 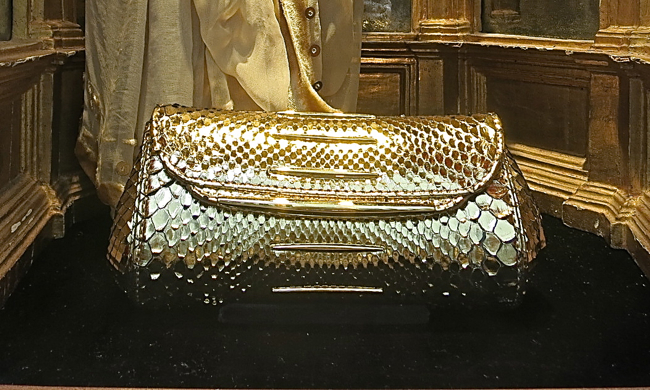 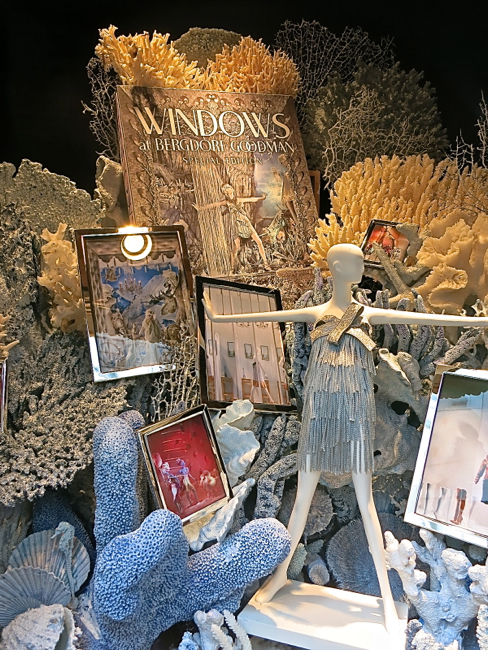 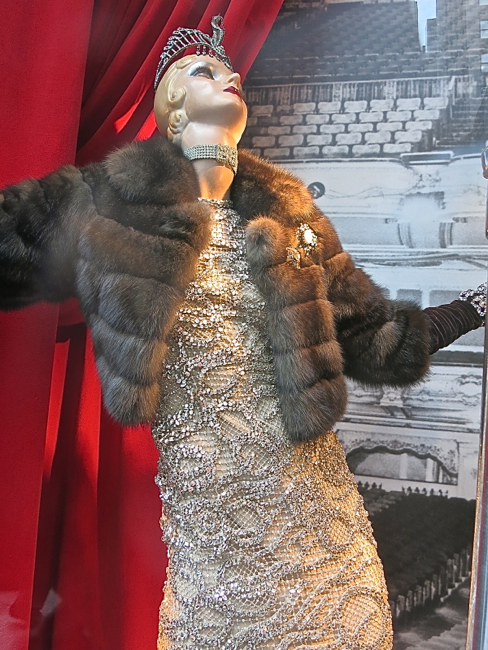 As if the vitrines were not enough to lure you into the store… oh yes and then you find this exotic color explosion on the BG floor! Nancy Gonzalez! 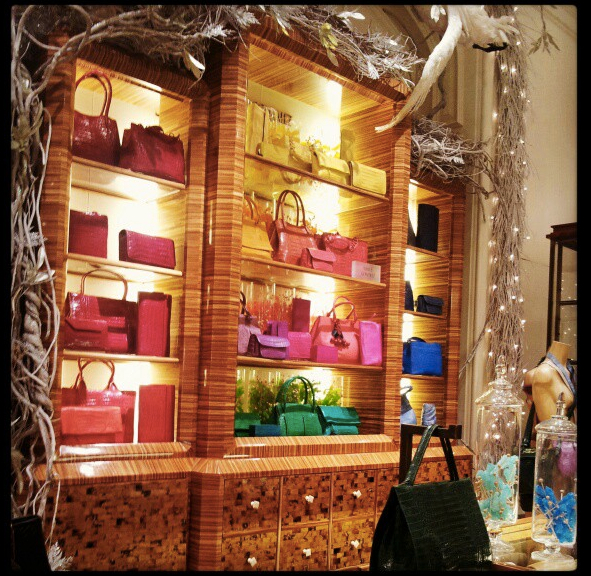 My NYC trip was short but very, very sweet! LOL I walked into Bergdorfs, The Plaza (had to warm up and have some piping hot French Onion Soup), 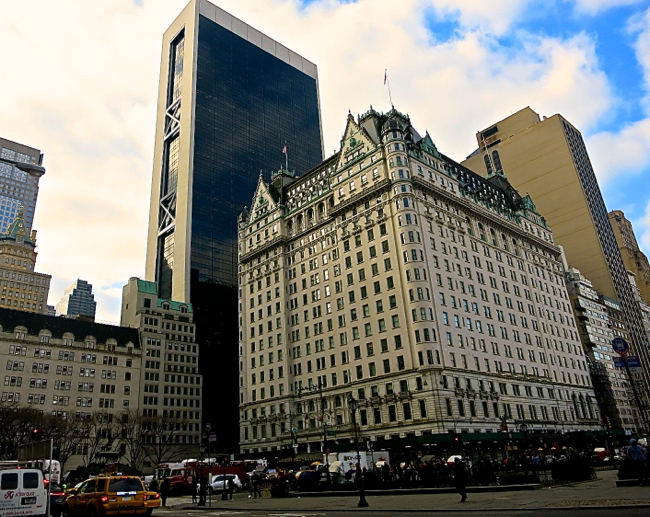 On the way back downtown we passed by the USS Intrepid 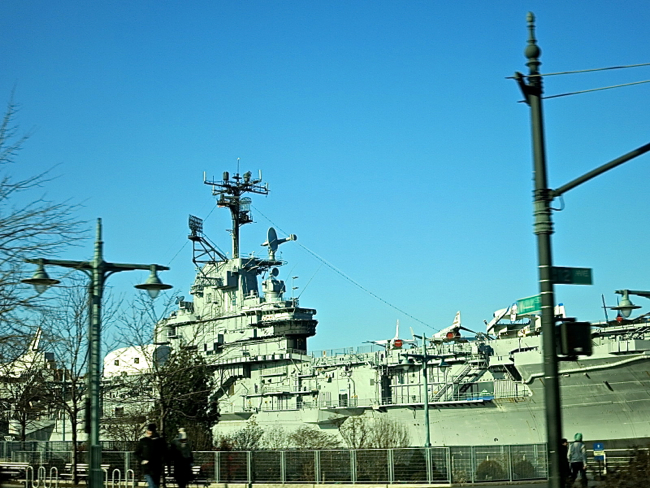 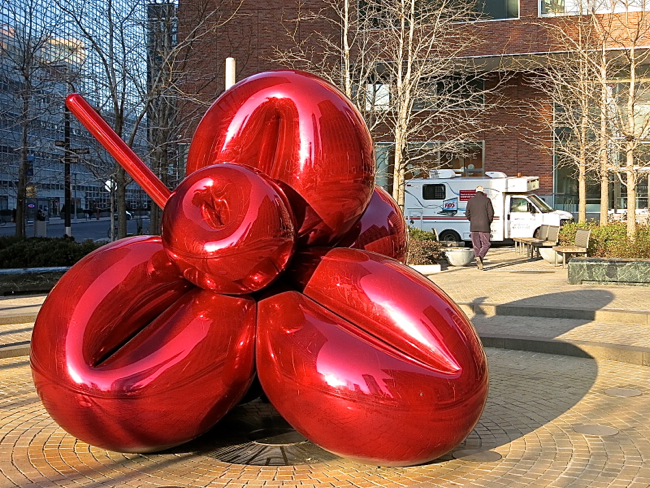 Anyway I am now in Dusseldorf Airport, waiting for my flight to Florence as I will be in that beautiful city in Italia again for Firenze4Ever with my favorite online retailer, LUISAVIAROMA

. So watch out for my instagram photos (www.instagram.com/thebaghag), tweets, and blog posts!! 🙂