10 years ago this month, my business partner Rodina Chua and I embarked on an “official” retail journey by opening ACCESSORY LAB in Rockwell Powerplant Mall (December 18, 2008).

Prior to Accessory Lab, we already had a few years of retail experience together, running a small shop called Tresorie in Jupiter Street. We were happily running that tiny shop, meeting new clients and becoming friends with many of them ? 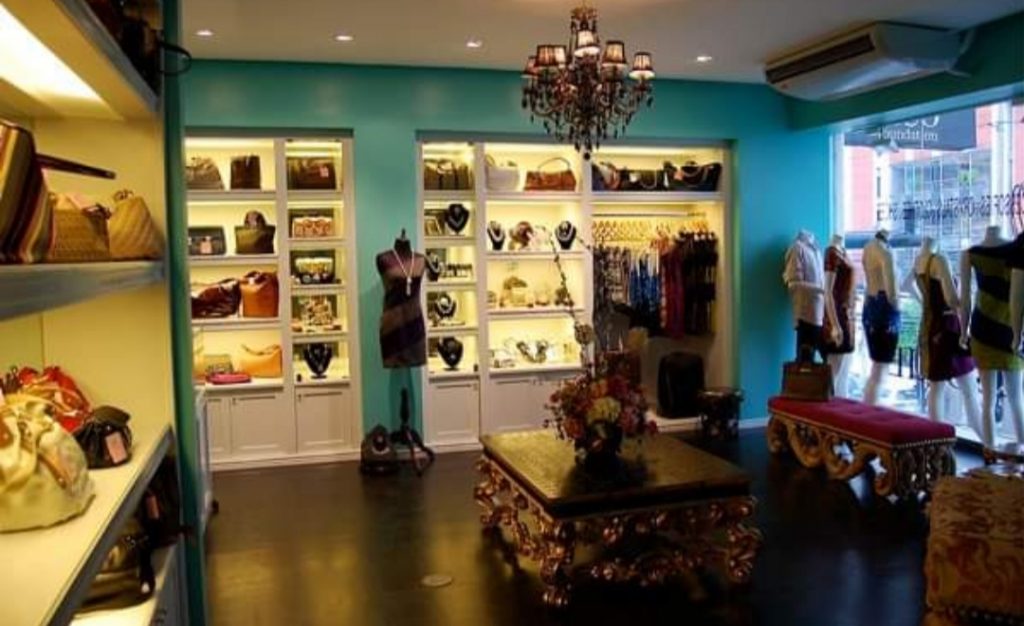 One fateful day, a young woman and her colleague came into Tresorie. She was looking for potential tenants to join Rockwell Powerplant Mall as they planned on expanding a new wing (it was to be known as Archaeology). The prospect of opening in a mall was daunting to us– Rodina and I thought of Tresorie just as our hobby, our baby. Putting up a store in a mall would legitimize retail operations. Were we ready for that? At that time, no. But we sought to explore the possibility.

A year or two later, we decided we were ready. So I approached the VP of Rockwell Powerplant Mall operations, requesting for an appointment. Rodina and I had a rough idea of how we wanted our store to look like, and we already had a solid idea of what our merchandise were. I was to present that idea to the Mall team. The idea was all in my head. I realized I had to make a rough presentation of it or they won’t be able to visualize the idea we had. I learned how to use Powerpoint 3 hours before that meeting?, and managed to put together a presentation with only an hour to spare. I went to the Mall Operations office and remember sitting next to someone who had all the presentation paraphernalia (material samples, store drawing by a proper interior designer, the works). I suddenly felt clammy, thinking my presentation would look poorly planned and executed. I prayed for the best. Worse comes to worst, we don’t get a retail spot in the most coveted retail space in the Philippines. No biggie right? (I WAS DYING INSIDE). Presentation went without a hitch, but I didn’t want to expect because well, this is Rockwell Powerplant Mall we’re talking about, THE only mall that we wanted our store to make her home.

Two months passed and while I was out in Dapitan on assignment to cover a story for a magazine, I got a call from Rodina. “There’s a thick brown envelope addressed to you from Rockwell Powerplant Mall here.” I gulped. And then managed to tell Rodina, “Open it quickly!”

There it was, a letter congratulating us!! That we had secured a spot in Rockwell Powerplant Mall!!! There was no location map, except for a unit number. Rodina mentioned she did have to go to Powerplant Mall that day so she said she will check the location. I thought back to the days before we even had our little shop Tresorie– we had already been making Rockwell Powerplant Mall our office! So getting a retail space inside the mall would be real sweet. It was like we have come full circle.

I was expecting to be given a spot in the Archaeology wing. I also told Rodina that might be where we’d be given the space. I didn’t really mind even if we were given a space in the back, because Rockwell is still Rockwell. Rodina called me an hour or so after her first call. I could hear the excitement in her voice. My heart pounded loudly. “Oh my God Ingrid, the spot they’re offering us is in the highest traffic area, right smack in the middle of the mall beside the cafe!!” I was floored, really. I had not expected this at all. But I was sooo happy. So I said, “Rockwell Powerplant Mall, here we come!!!”

And so, on December 18, 2008, Accessory Lab opened her doors to the mall- loving public, 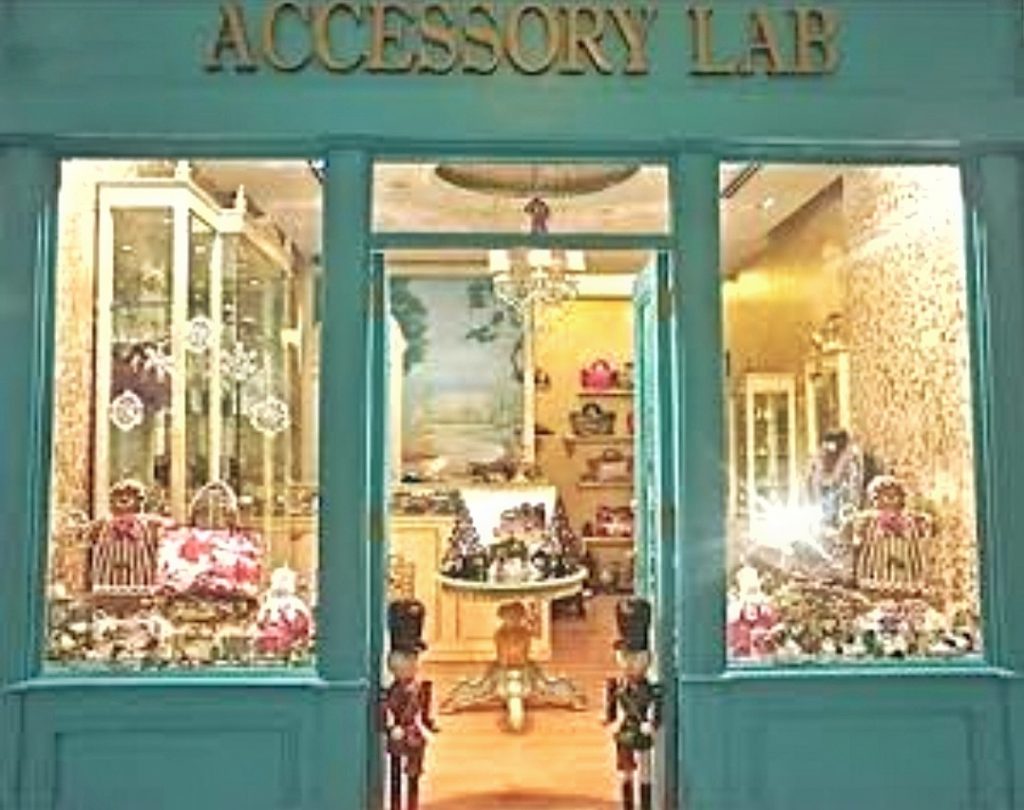 and 10 years later we are still residents of Rockwell Powerplant Mall ? Accessory Lab has since evolved from just being an accessories and jewellery boutique, to also a calming space that houses specialized natural healing crystals (in polished and in raw form) for personal wellness and for the home. Want to enhance your wealth corner, ward off negativity, and ensure a more peaceful environment? Accessory Lab, through the crystal expertise of Rodina Chua and the specialization of our associates, can help prescribe the right crystals for you.

We are also so proud to say that our team of associates (Marge, Riza) remains the same from the day we opened our doors. We have seen them have their own families, and they still choose to balance their time by spending it with us. And while our original third associate (Gelmie) decided to leave retail life recently to focus fully on her growing family, our newest member (Robelyn) is just about to get married in January ? We could not have been prouder of this team and it has been a pleasure to have had them with us this long ? 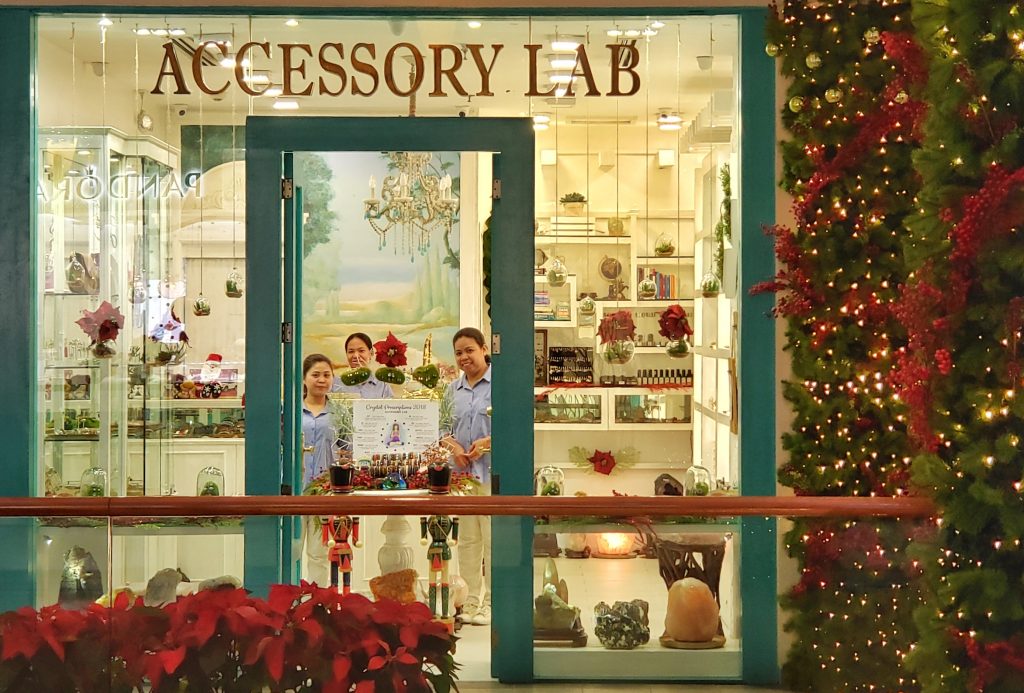 We wouldn’t be residents of Rockwell Powerplant Mall if it weren’t for the Retail Operations team under Malou Pineda and Tin Coqueiro (she was that young lady who went to see us at Tresorie!). So to our Rockwell Powerplant Mall family from then til now (Jica Lapeña, Lisa Gomez, Elise Lim Balmaceda, Justine, Engineer Will, and the rest of the PPM team), THANK YOU SO MUCH FOR CONTINUING TO BELIEVE IN US!!!

Lastly, because it is our 10th year anniversary, we are holding an ANNIVERSARY GRATITUDE SALE which begins today, lasting just a week (ends December 19). We have new merchandise plus a lot of our other fun things will be marked 40% off original price! So please do come and see us this week for a chat, a little shopping, and a lot of laughter!

To our beloved clients, partners, friends, and family, THANK YOU SO MUCH AGAIN FOR SUPPORTING US ALL THESE YEARS!!!