We headed out rather early this morning (it never ceases to amaze me that I can actually get out of bed for breakfast when I’m on holiday– meanwhile waking up for breakfast is an almost non-existent concept when I’m working haha). It was traffic on the freeway to Kyoto presumably because of the rain, but we made it there safely after being on the road for a little over an hour.

We went to visit 2 temples today– the Kiyomizu and the Sanjusangen-do. Both are beautiful but what had captivated me most was Sanjusangen-do’s  1,000 life-sized wooden statues of the “Thousand Armed Kannon” and the colossal central one, also made of wood by Japanese sculptor Tankei– this is considered a national treasure of Japan.  I had goosebumps when I saw them all. It was a powerful sight to see. Unfortunately I was unable to take some snaps for you– it was forbidden as it was a place of worship and out of respect, photographs were not allowed.

On the other hand, the Kiyomizu Temple structure was really incredible as well. How so? We were told that there was not a single nail used in its construction! How were they able to erect the temple that high without a single nail?? It was unbelievable! The temple offers excellent views of the city too, and there is actually a waterfall from within the complex. Visitors have often taken drinks from it as it has been said that the water can grant wishes! The line was really long and we didn’t have the time to wait, but haha I did say a silent prayer while I was there (Confession: I was too cheap to buy one of those wooden plaques with which I could’ve written down my wish haha– that would’ve been another alternative to the wish-granting water haha ).

Rain aside, the day was beautiful, peaceful, and very serene. We were able to fully enjoy the cool weather and the beautiful cherry blossoms (Sakura). Here are some photos from today’s trip 🙂

At the Sanjusangen-do Temple 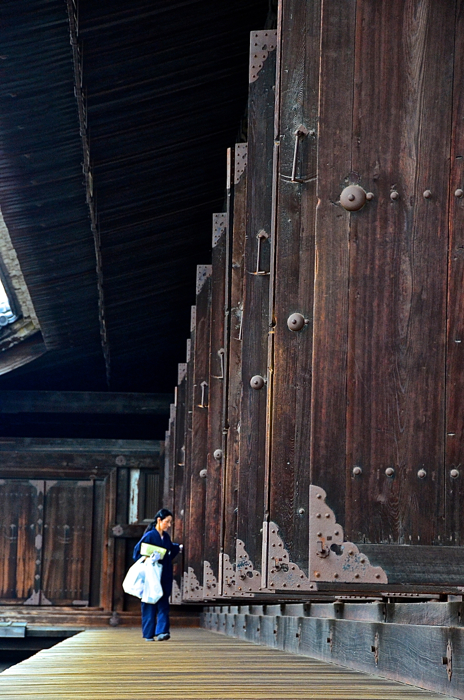 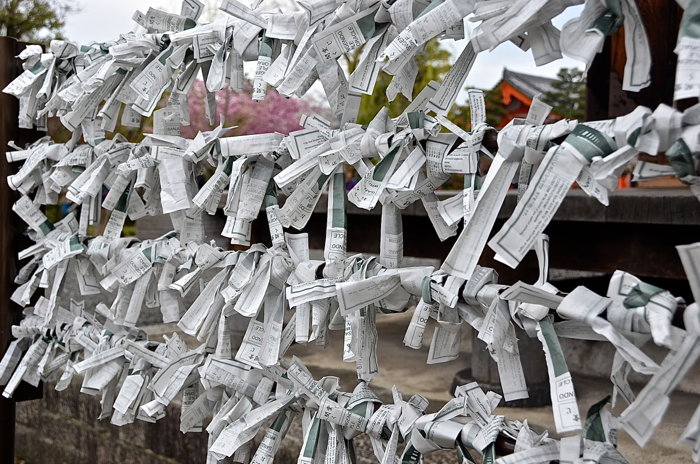 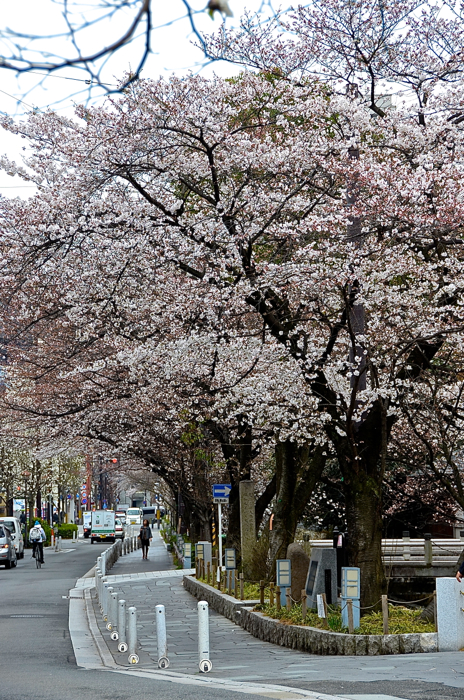 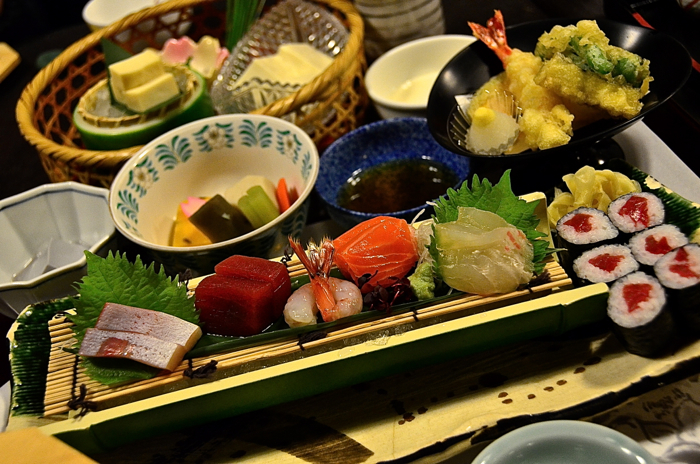 On the way to Kiyomizu Temple where the streets were lined with shops!! 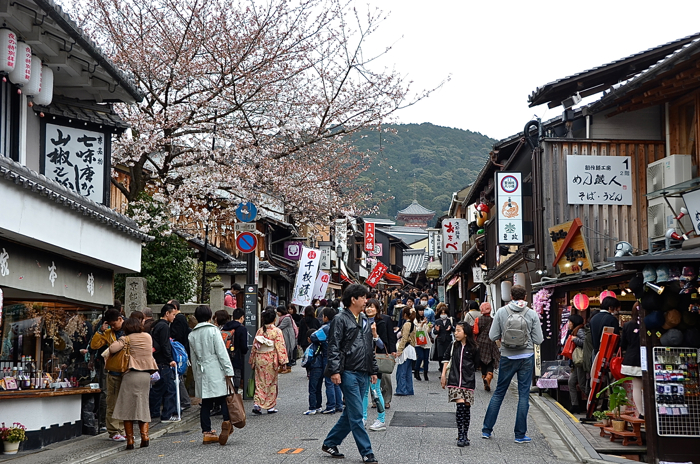 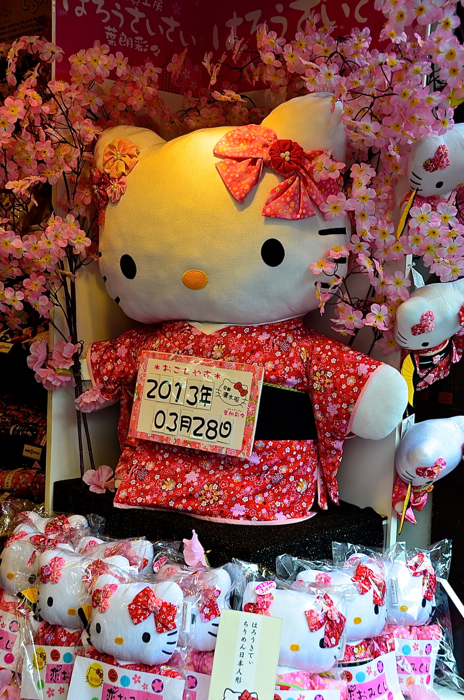 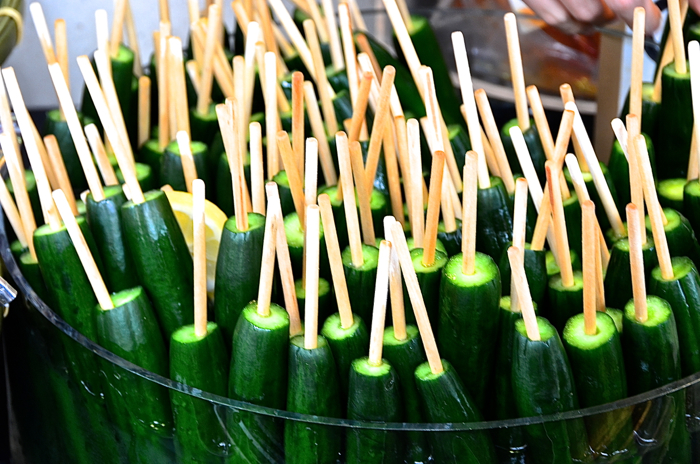 There were a lot of women wearing traditional kimonos today at both temples. 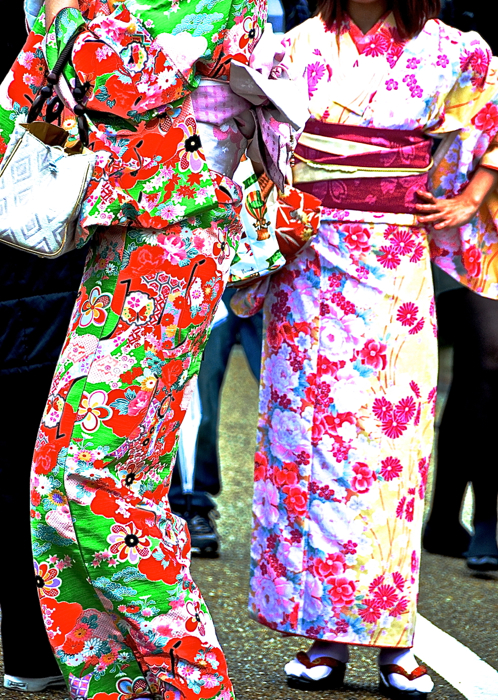 Do you see the turtle by the pond? 🙂 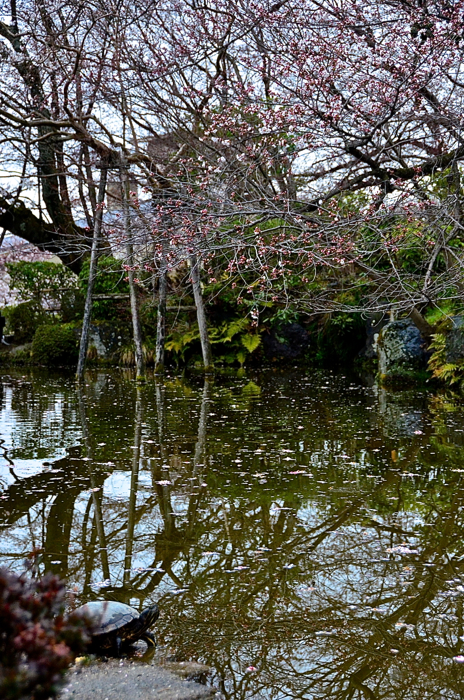 Not a nail on the structure of the Kiyomizu Temple! 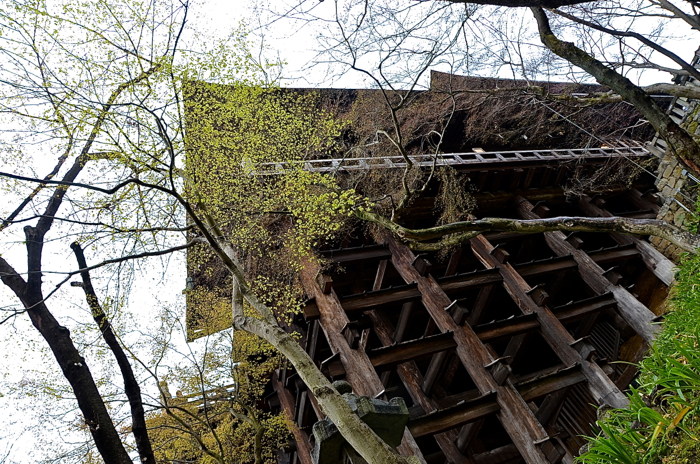 Within the Kiyomizu Temple complex 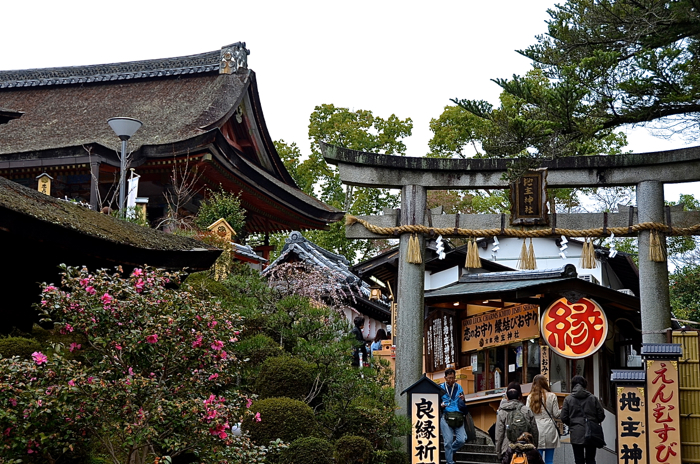 A couple in love taking selfies 🙂 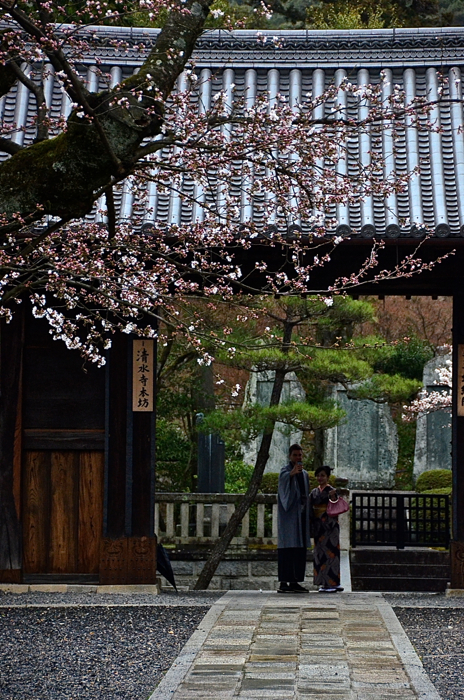 Wishing plaques– a young Japanese lady poses beside them 🙂 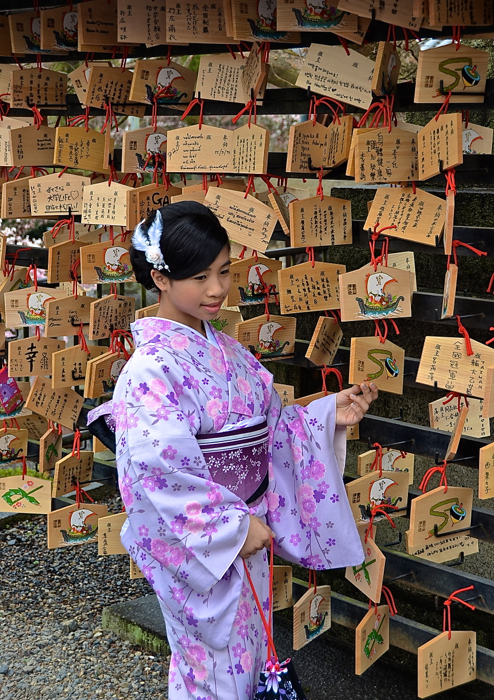 On the way up to Kiyomizu 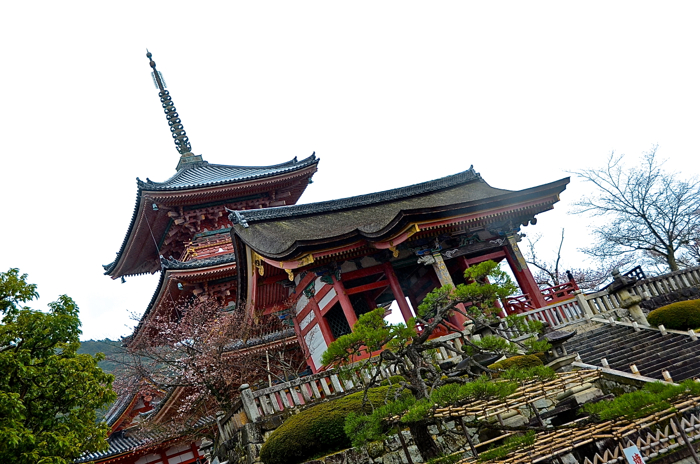 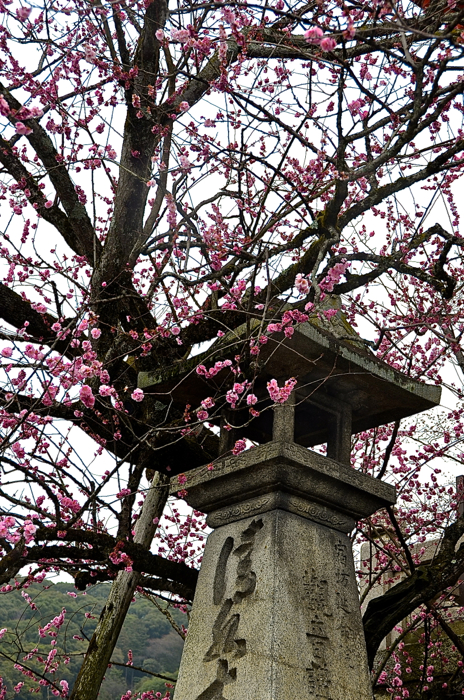 Tomorrow’s another long day so I better get to bed. I only have time to blog on this trip after I get my kids to bed. And now it’s my turn to retire for the night– and I’m pooped!! 😀

Hope you enjoyed the photos!