Yes, I decided to end today’s blog title with a question mark. Because the State of the Nation Address of the President of the Philippines should never be considered a fashion event. But it has become just that in the last few years because well, many in attendance of this event have been decked out in “look at me” finery. And the lifestyle media has been quick in focusing attention on that. Perhaps it has been good that the SONA is getting more publicity (hey, you know what they say about publicity– good or bad, it’s still publicity). People have taken a keener interest in the political situation in our country. That and well, the fashion sense of our politicians lol.

But this year though, many have called for austerity. After all, SONA is not the Oscars. It’s not some celebrity- studded awards ceremony. It’s the President’s annual report of the company that he runs– the Philippines.

I was looking through Inquirer Lifestyle’s coverage of the event because by far it’s the most comprehensive one. While there remains many politicos who happily share what they are wearing/ who made their outfit of the day, here are two replies of politicos/ WOPs (wife of politico) that made me keel over with laughter: 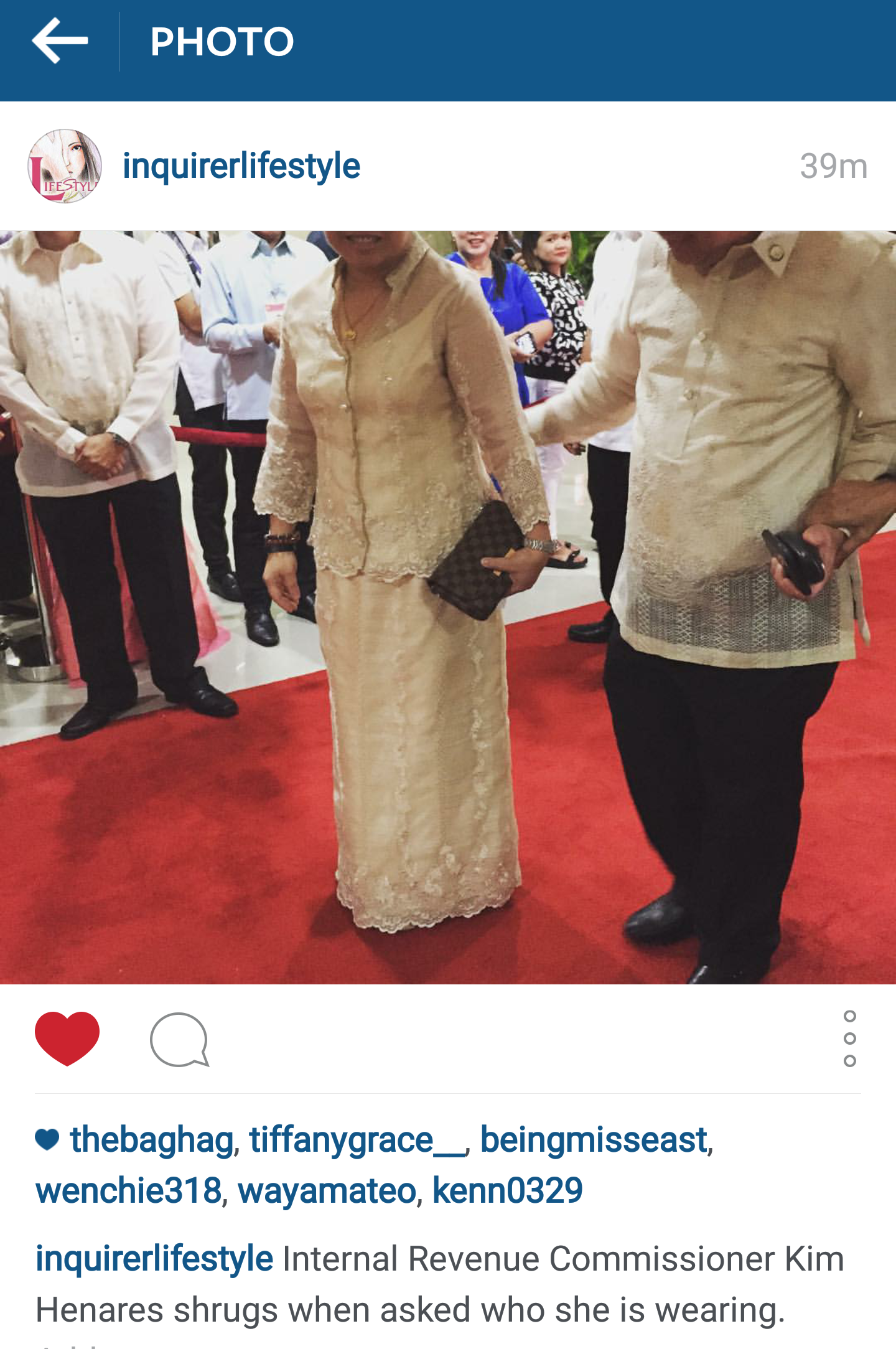 And for me, the winning answer when asked which designer made her dress… 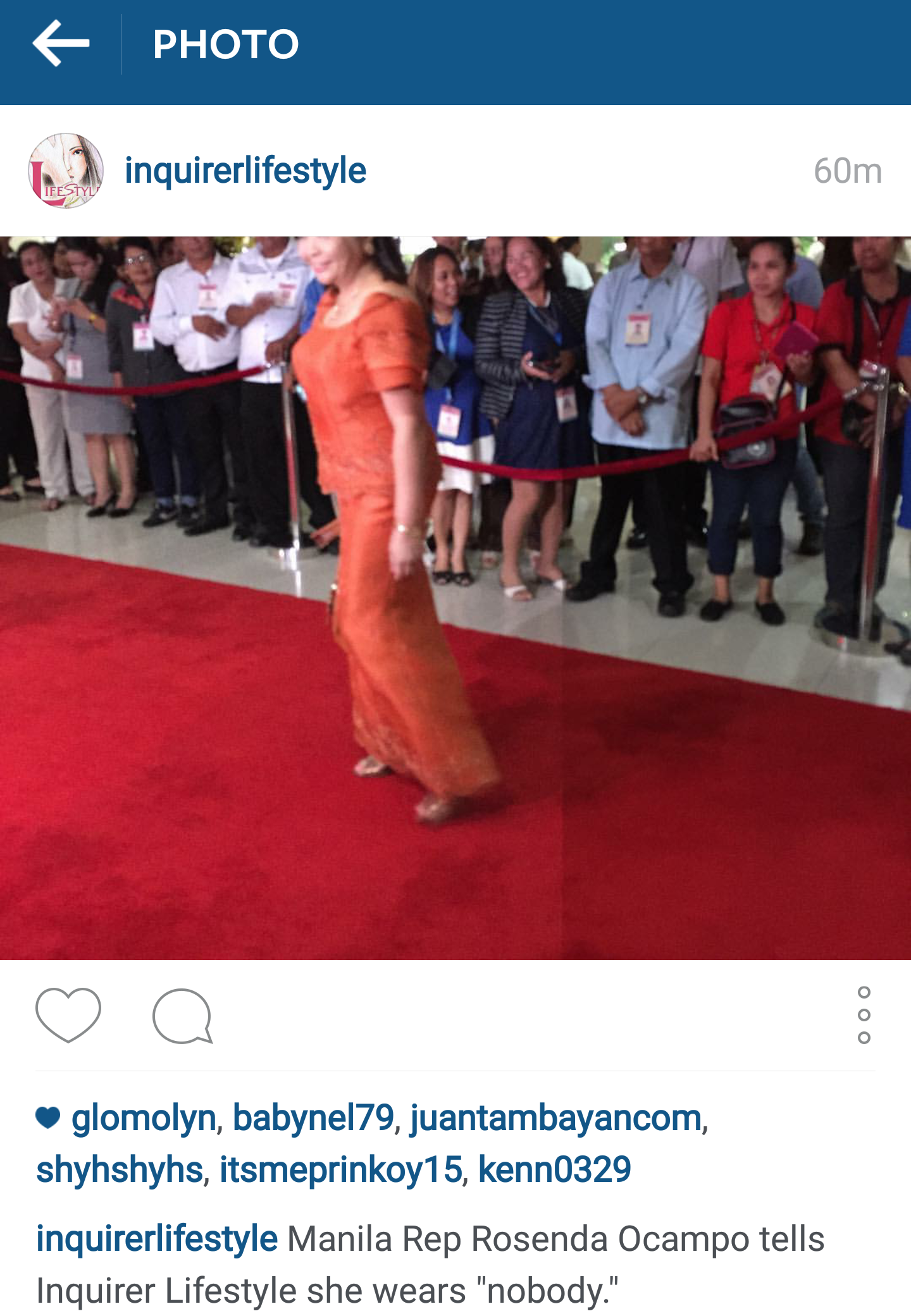 And that wraps up my coverage of who wore what at SONA, Philippines