How interesting that there should be a debate (and outrage) sparked by the US team’s Olympic outfits, all designed by Ralph Lauren, an American designer, but manufactured by Dayang Trands, a Chinese company. Some have called it shameful (that Team USA wore clothes made by the Chinese). One US lawmaker had even brought up the idea of making the US team outfits from scratch again, by Americans. 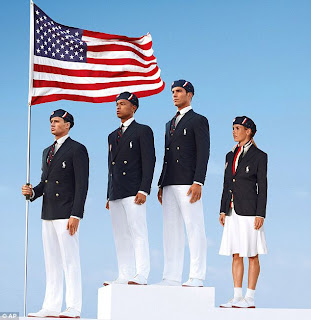 Interesting. I was just passing the Bay Bridge the other day, marveling at the new structure being built parallel to the old bridge that is still in use. After crossing the old bridge into the East Bay, I noticed this sign along the freeway
A lot of the things out in the market today are manufactured in China. A lot of designer clothing and purses are also made in China. Though there remains a good number of design houses that would “finish” their merchandise back in their home countries (like Italy, France, the US), work has perhaps also been quietly subcontracted to firms in China to reduce costs and increase profit margins. But these subcontracted work are not openly reflected in the merchandise. You won’t see “partly made in China” labels attached to the bags. Design houses have none of that disclosure.
I however, do admire the other companies who have openly embraced attaching the “Made in China” label to their merchandise. DKNY and Prada are among a few fashion houses who do. The first time I had seen that label on a Prada bag was at the Prada- Space “outlet”– on one of their signature nylon bags.
Yes, I was initially shocked too. But then I realized that they should be commended for being honest enough to put those labels in there too. I must also stress that not all the Prada nylon bags I saw were “Made in China.” A lot of them were still Made in Italy. I am merely stating Prada as an example of how a fashion house has embraced the idea of having some of their products made in China and how they have properly disclosed that instead of putting a different label altogether.
China has remained under scrutiny for their supposedly poorer labor conditions, but other than that, what are the reasons why most of us have refused to accept (and at times let’s be honest, resented) Chinese- made designer merchandise? This is a valid question by the way, not at all rhetorical. I’d really like to know your positions in this matter.  This is really an important issue worthy of a good debate 🙂
x
TheBagHag
0 0 0 0 0 0
July 29, 2012
No Comments Yet